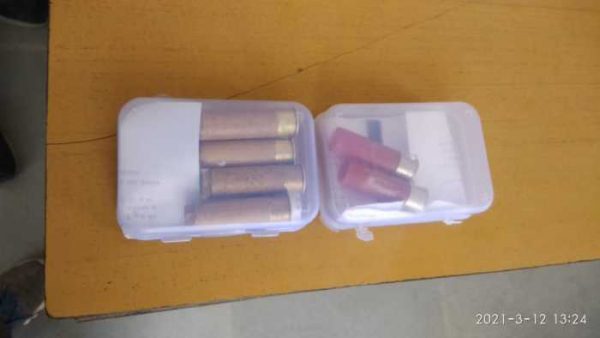 Udaipur : Chittorgarh police succeeded in seizing a huge stock of opium poppy husk being illegally transported in a pickup van past Thursday midnight in Kapasan area. The police team caught 718.270 kilograms of the poppy husk in sacks kept inside the van which was coming from Hingoria village.

Chittorgarh SP Deepak Bhargava said a police team led by SHO Himanshu Singh was patrolling on the Goraji ka Nimbahera- Gadariyawas-Turkiya route when they saw a pickup vehicle approaching from the other side. Seeing the police jeep,  the driver in the van took a reverse and tried to flee away. However,the van hit a pile of stones lying on the roadside and overturned. Two men came out of the van and started firing at the police team.

They opened some 12 rounds of fire at the police team while in retaliation the SHO fired with his service pistol while a head constable fired with a pump action gun as a warning. Taking advantage of the dark,the men escaped. Police found 39 sacks inside their vehicle which were filled with the poppy husk. The case has been registered under 8/15 of the NDPS Act and 3/25 of the Arms Act. Rashmi SHO Ramesh Kaviya has been given the investigation charge, the SP said.