Udaipur : A Kashmiri student of a private college here had to face preventive arrest by the police here  for allegedly posting “anti-national” comment on social media site over the CAA row. Muddasir Lone, a third year BTech student at the SS Engineering college, Umarda  on wednesday had put an objectionable post on his Instagram account where he wrote ” Proud to be an Indian” with some jeering and thumbs down emoticons.

“It was a case of a misled youth who did not intended to do anything serious and hence he was counseled by the police. We arrested him under section 151 of the CrPC and later released him after warning not to do anything of such kind in future” SP KailashChandra Bishnoi told Udaipur Kiran. The officer also said that the post was not something very serious and when the authorities counseled him, he was repentant and deleted the post.

According to sources, Muddasir’s post has reportedly infuriated other students who asked him to remove it and tender an apology, however Muddasir refused to do so. When he went out in the evening, he was confronted by some students who pressurized him to apologize and allegedly thrashed him. He was later taken to the warden’s room and police was called which took him to Hiran magri police station. In the morning, members of Rashtravadi Yuva Vahini ( RYV) gave a written complaint at the station demanding legal action to be taken against the youth.

” This is not the first time that any Kashimiri student from this college had posted such obnoxious comments on the social media, they are trying to spread hatred among the student community. We have been receiving complaints frequently about the Kashimiri students who create uproar during the Ganesh Utsav in the campus. They keep complaining to the authorities that they cannot sleep due to the celebrations” Yash Joshi, the president of RYV said. 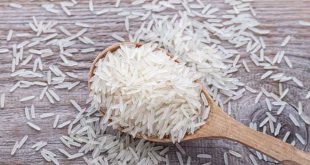