Udaipur : In a bizarre incident, infuriated villagers from Nagri gram panchayat area of Chittorgarh district, carried a carcass of crocodile outside the collectorate and protested against Hindustan Zinc Limited, holding the company responsible for water pollution in the Bedach river which is reportedly, causing deaths of hundreds of fishes, birds and even their cattle population.

The villagers alleged that the toxic elements released by the company’s machinery are polluting the water heavily and in the past too, mass mortality of avian creatures including fishes and birds had been reported to the officials, however, no stern action has ever been taken.

On Friday, residents from Nagri, Aanwal Heda, Aajolia ka Kheda gathered in large numbers when they spotted a dead crocodile in the river. They took the carcass in an autorickshaw to the collectorate junction where they kept it for the public view. People were saddened to see the site of the lifeless animal. Police and the forest department staff rushed to the spot on being informed.

They had a tough time pacifying the residents who were adamant demanding a police case to be taken against the company for the harm. The forest officials assured that the post mortem would be held and required action would follow. Among the protesters were Kamlesh Purohit, chairman of the Bhumi Vikas Bank, Bassi gramin mandal head Bhanwar Singh and sarpanchas from Anwal Heda, Nagri etc. Sarpanch Dev Kishan Regar said on earlier occasions too, the villagers had apprised the district administration of the hazards caused by the water pollution and warned of wildlife threats in  the area but their repeated warnings were unheard of. 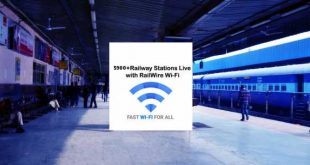