Hindus have expressed dismay at the reported ejection of Māori member of New Zealand parliament for refusing to wear tie.

Distinguished Hindu statesman Rajan Zed, in a statement in Nevada (USA) today, said that New Zealand needed to grow up and show some maturity before ejecting a Māori MP from the Parliament which was built on land discovered by his ancestors.

Inflicting the dress code and fashion traditions imported from Europe on the original settlers of New Zealand was simply unjust and should be universally condemned; Zed, who is President of Universal Society of Hinduism, pointed out.

Parliaments were there to make the laws and not to issue fashion judgements. Moreover, nobody should impose their doctrine on others in a free country; Zed indicated.

It was really worrisome for other minorities when they saw a Māori elected representative, whose ancestors were first settlers of New Zealand, maltreated in the nation’s parliament like this; Rajan Zed noted.

Why New Zealand Parliament was giving so much importance to an impractical decorative fabric (whose traces went back to Croatian mercenaries), which neither provided warmth on a cold day and nor covered one’s nakedness? Zed asked. Business magnate Sir Richard Branson reportedly described the ties as a symbol of oppression. Moreover, ties were said to be health and safety hazards; Zed added. 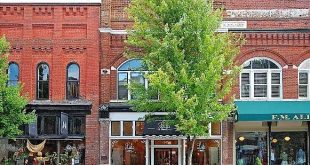