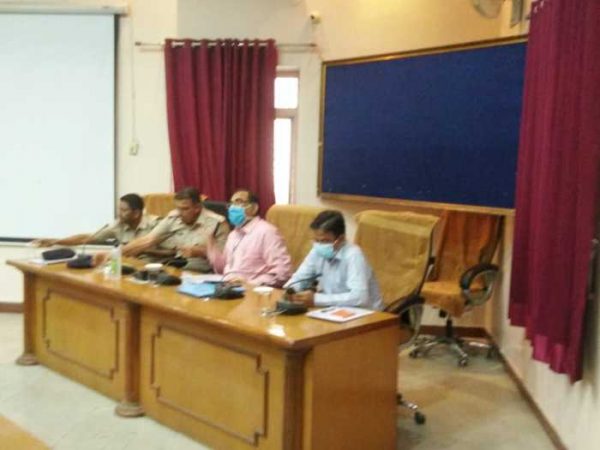 Udaipur : Despite awareness campaigns, flag march by the police department, challans and penalties being laid on flouting  COVID protocols and continuous appeals on social  media platforms, people seem  not yet taking the warnings seriously in Udaipur and getting infected on a rapid rate.

On Sunday, a total 3132 people were tested of which 864 were reported positive in Udaipur. The number of urban patients were 637 and rural 227 including 4 migrants found positive. The soaring positive cases has become a cause of great concern for the district administration which announced to increase vigil in the curfew bound areas as well as curb complete movement during the evening curfew hours from 6pm.

On Sunday, police patrolling vehicles were seen calling out shopkeepers to close their outlets in various streets and colonies after 5pm. “The restaurants in the city periphery too would remain open only till 8pm. Earlier the takeaway and parcel system had been permitted for these restaurants till 11, but looking at the upscaling cases, we are forced to lay restrictions on the food joints and online food delivery services providers too so that the employees reach their homes by 8.30pm. Any outlet found  violating the norms would be seized” Collector ChetanRam Deora told Udaipur Kiran.