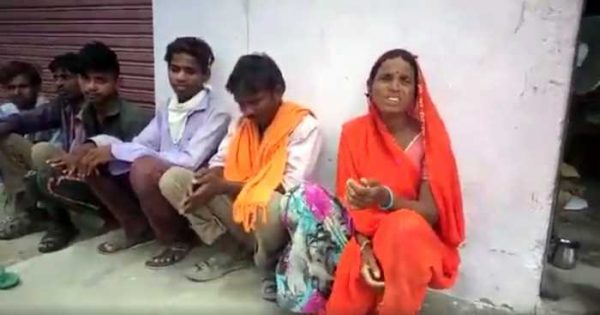 Udaipur : In a bizarre incident, a newborn that was assumed to be dead, was found alive, when the family members were about to bury her. While the baby’s relatives alleged gross negligence on the part of the medical staff of the PHC, on the other hand, the medical officer said the staff had not declared it dead, since the baby didnt cry, the companions who were with the mother, assumed the baby to be dead and took away without information. The baby was brought back to the hospital but her condition grew worse and while the staff waited for the ambulance to take the child after being referred to district hospital , the infant died.

The district Reproduction and Child Health Officer (RCHO), Dr Ashok Aditya told Udaipur Kiran that an enquiry has been initiated at the instructions of higher officials and he himself would go to the village to look into the matter on riday.

The incident took place at model primary health center, Padavali Kala in Gogunda block of the district on Thursday where a woman Lalita in labour, was brought in an ambulance. She immediately gave birth to a baby girl. Lalita’s mother-in-law said that one nurse Ganga who held the delivery covered the baby in a polythene bag and gave it to her claiming the newborn was dead. The family members said they were too shocked by the news that they didnt check the baby themselves and believing the nurse’s words, they took her away to bury. The baby’s father and another relative were digging a pit when they heard the infant crying.

They were overjoyed and rushed back to the hospital.  Meanwhile, Sanjay, the medical officer at the PHC said that it was a premature and preterm baby and in such cases, sometimes, the crying is delayed. The nurse who was on a night shift, had held the delivery and handed over the baby to the mother. While she went away to brief the case before handing over the charge to the morning staff, the patient’s companions took away the baby from the mother’s bed.

” When the medical officer came on duty, the patient told him the infant had been taken away to be buried. He immediately called the men and asked them to bring back the baby to hospital. The child died later as she was serious and the ambulance took time of 1.5 hours to arrive, as stated by the medical officer in his factual report” the RCHO said. He further said, he would speak to the family as well as the PHC staff to get complete details of the case and find whether it was a case of negligence.