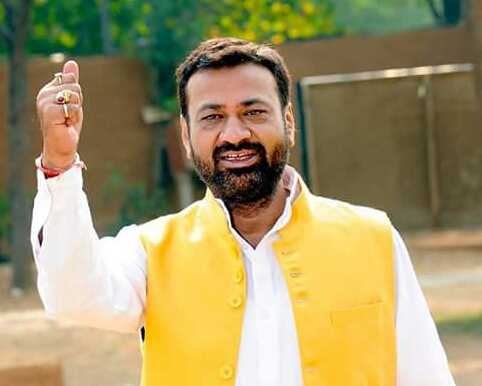 Udaipur : Gajendra Singh Shaktawat, Congress MLA from Vallabhnagar in Rajasthan’s Udaipur district, died at a hospital in New Delhi on Wednesday after a prolonged illness. Mr. Shaktawat, 48, was being treated for a liver-related ailment for more than a month.

Mr. Shaktawat was the son of the late Gulab Singh Shaktawat, a freedom fighter and a prominent leader of the Mewar region, who was a long serving MLA as well as a Minister in the State government and vice-president of Pradesh Congress Committee.

Chief Minister Ashok Gehlot has condoled the death of Mr. Shaktawat and said he was in touch with his family members and gastroenterologist Shiv Sarin for the last 15 days in connection with his treatment.

In his condolence message, Mr. Pilot said he was deeply saddened by the “devastating news of the passing away of my colleague and MLA Shaktawat Ji”. “He was a humble and a kind soul, always dedicated towards the development of his constituency,” Mr. Pilot tweeted.