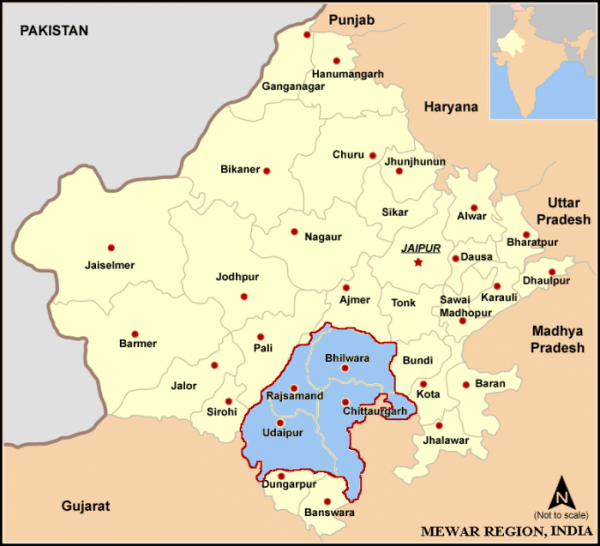 Udaipur : Fighting pandemic is nothing new for Mewar state that has faced worst public health crisis like plague, cholera, smallpox and measles in past 200 years. These epidemics and impacts are recorded in history. Maharana Mewar Research Institute established in 1985 under the patronage of Arvind Singh Mewar , Chairman and Managing Trustee, Maharana of Mewar Charitable Foundation, Udaipur, has a record of the measures and services in the past centuries by the Mewar State.

Due to the geographical situation of Rajputana (present day Rajasthan) the famine and epidemics were a natural problem. As per the first recorded effort in text, Raj Vilas by Maan Kavi and Colonel Toad’s account, Mewar state adopted preventive measures in 1661 CE. Maharana Raj Singh (r. 1652-1680 CE) began construction work of  Rajasamudra (Rajsamand) for relief due to famine. In Mewar the oldest medical institutions were the regimental hospitals of the Mewar Bhil Corps at Kherwara and Kotra. These institutions established in 1841 CE during the reign of Maharana Sardar Singh (r.1838 – 1842 CE) when the corps was raised.

During the reign of Maharana Shambhu Singh (r.1861–1874 CE), entire Rajputana faced another disaster of famine in 1869 CE. After the famine entire Rajputana was affected by epidemics like cholera, plague and deprivation of food. In this health crisis 20 percent population lost their lives in Rajputana. Mewar State also lost a large number of population. At this time, the nobles of Mewar requested the Maharana Shambhu Singh to leave Udaipur but Maharana refused this request and decided to live in Mewar to serve the community. The State Government learnt from past experiences and prioritized relief operations in Mewar under the leadership of Maharana Shambhu Singh. A large number of people from various areas of Rajputana took shelter in Mewar. The citizens of Mewar showed kindness and helped the refugees.

They tried to provide all possible amenities like medicine, food and shelter. Maharana of Mewar gave order to Pradhan (Prime Minister of Mewar) Kesari Singh Kothari for food distribution and grains in needy population, who worked daily for their livelihood. Mewar state exempted all the taxes and duties. After the prevention of the epidemic, Maharana of Mewar gave the grant of Rs. 11000 for resettlement of the refugees coming from different areas of Rajputana. The first State Dispensary appears to have been opened at the Udaipur in 1862 CE by Maharana Shambhu Singh and he provided accommodation for patients in 1864 CE. In 1869-70 CE another small hospital was opened at Kherwara for the public. This hospital was maintained from a monthly grant from the Maharana.

In 1890-1892, due to the spread of cholera, smallpox in the neighboring states of Mewar people took shelter in Mewar. Maharana of Mewar established Emergency Relief Fund to provide necessary assistance and support to public. Vaidhya-Hakims (A man who practice indigenous Medicare) were appointed from all areas of Mewar for medical facilities and arrangements. In 1896 CE, around 620 deaths recorded in Udaipur from cholera. In 1899 CE, after famine cholera and smallpox epidemics began to spread. The Mewar government adopted the process of ‘Isolation’.

Medical arrangements were ensured by keeping infected patients away from the city and the sanitation system was started smoothly in Udaipur city. Maharana Fateh Singh replaced Sajjan Hospital, due to its small building and narrow road, by the Lansdowne Hospital in recognition of Viceroy of India Lord Lansdowne in July 1894 CE inside the Hathi Pol area of Udaipur. Lansdowne Hospital, presently Ayurveda Hospital at Harven Ji Ka Khurra, Hathi Pol, was the main Hospital of the city with provision of 60 beds.