‘Made victims carry baskets of shoes on head’

Udaipur : In yet another case of arbitrariness by the Khap Panchayat, the Chittorgah police arrested 9 men from the Dhakad community on Tuesday, who reportedly imposed illegal penalty on two men, made them carry shoes of the panch members on their heads for an hour and socially boycotted them even though they had paid half of the penalty amount.
All this was done allegedly because the victims happened to be late when summoned in the meeting and argued with the members which was taken as disobedience.

The incident is told to be a -year old, however, the police came to know of it last week when the victims mustered courage to lodge a case against the community heads. ” We received a complaint on December 13 from one Kamlesh and Kishanlal Dhakad, who are brothers and residents of  Nayi Abadi, Chittorikheda. They said that the khap panchayat boycotted and forced them to pay 20 thousand rupees each as penalty for disobedience in February this year” Tulsiram Prajapati, SHO Kotwali police station told Udaipur Kiran.

The officer said that in the FIR, the complainants said that their younger brother Rakesh was given in adoption to their paternal aunt Mangi Bai.

Rakesh bore the expenses of rituals when Mangi Bai’s brother Bhura passed away some time back. However, due to some mutual differences, Mangi Bai announced that she would not let Rakesh inherit her property after her death. Rakesh was disappointed and he asked Mangi Bai to return the money he had spent on Bhura’s rituals to which the woman refused. Rakesh took the case to the samaj panchayat in December 2019.

The panchayat summoned Rakesh’s brothers Kamlesh and Kishanlal to be present in his support. In February this year, the panchayat sat to hear the case but Kamlesh and Kishanlal were late. Infuriated by their delay, the panchayat gave an ex-party order imposing a penalty of 20 thousand rupees each to be paid within 10 days and ostracised them. When the brothers reached the meeting, the panch members allegedly served a corporal punishment by making them collect everyone’s shoes in baskets and carry on their heads for an hour.

The complainants also said that when they expressed their inability to pay the fine in the given time, pamphlets were distributed in the households announcing the boycott. They arranged 11 thousand rupees each and deposited it with the panchayat, however, the harassment continued and a ‘Hukka-Pani bandh’ diktat is in force against both of them.

“The case was lodged under section 384 of the IPC and we interrogated many people, however the ‘shoe punishment’ is not proved in the investigation” the SHO said. The men arrested are Bherulal, Narayan, Bherulal so Radhu, Nandram, Hariram, Dinesh, Kishanlal so Kajod, Bherulal so Gokul and Tarachand. 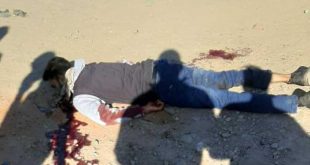 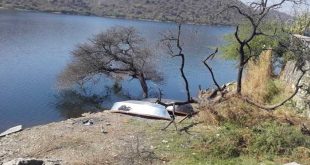