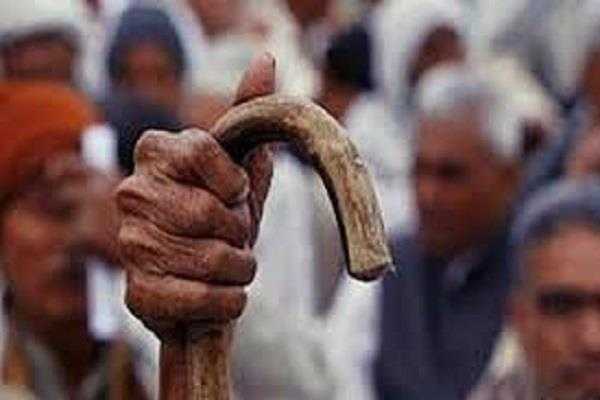 Udaipur : An FIR was registered against few senior members of the Dangi Patel Panchayat in Shambupura police station in Chittorgarh district on Friday for alleged social boycott of a 65-year old man for 12 years. Shivlal son of Dalla Dangi, a resident of Satkhanda , tehsil Nimbahera complained to the police that the Khap Panchayat members in a meeting held on September 30, passed the ‘Hukka Pani bandh’ diktat and verdicted that whoever kept any social interaction with him or his family would have to pay a fine of 1 lakh 10 thousand rupees. Chittorgarh SP Deepak Bhargava said the complaint has been registered and an investigation is underway.

Shivlal, the complainant said that he had always been against the conservatism prevalent in his community. He stood against child marriages and ‘Mausar’/Mrityubhoj ritual (feast held on death of a family member). On July 30, the Panchayat meeting was held at Mahadev temple where the members were asked for their opinion on continuation of these practices in the community and Shivlal opposed it strongly. The eldermen warned Shivlal that whoever opposed the panchayat decision would have to pay a heavy price. The panchayat reserved its decision for the next meeting scheduled for September 30 at the same place. On the decided date everyone met and the Khap Panchayat ordered social boycott of Shivlal and his family. He also told the police that the diktat was not just oral but even recorded in the ‘Bhaat-ki-pothi’ which is a traditional document for maintaining panchayat decisions.

The elderly man filed a complaint at the police station and on Thursday when he knew that the panchayat members were secretly holding a meeting , he went there with policemen. On seeing the cops, the men left the place hurriedly. On Friday, the complaint was registered under sections 384 and 500 of the IPC.