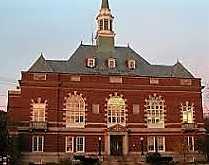 Distinguished Hindu statesman Rajan Zed will deliver the invocation from ancient Sanskrit scriptures remotely before Concord City Council. After Sanskrit delivery, he then will read the English interpretation of the prayers. Sanskrit is considered a sacred language in Hinduism and root language of Indo-European languages.

Merrimack River runs through Concord, which was incorporated in 1733 and is made up of the five distinct villages. It houses the oldest running State Capitol building in the nation and the resting place of President Franklin Pierce. Jim Bouley and Thomas J. Aspell Junior are Mayor and City Manager respectively.