Home / BUSINESS / Growth may have slowed down but economy will never slip into recession: Sitharaman

Growth may have slowed down but economy will never slip into recession: Sitharaman 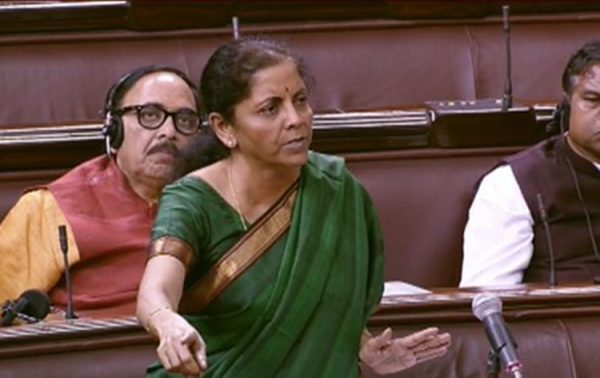 Talking about the economic situation of India, Finance Minister Nirmala Sitharaman has said that the growth may have slowed down but the economy will never slip into recession. She added that steps taken by the government post her maiden budget have started bearing fruits and some sectors such as automobiles have shown signs of recovery. Allaying concerns over revenue position of the government, she said direct tax and GST collections have both seen an increase in the first seven months of the current fiscal when compared to the same period of the last year.

She said ‘every step being taken is in the interest of the country. Looking at the economy in discerning view, you see that growth may have come down but it is not recession yet, it won’t be recession ever’. Besides, the country’s growth outlook has weakened sharply this year, with a crunch that started with the non-banking finance institutions spreading to retail businesses, car-makers, home sales and heavy industries. The Indian economy expanded by 5% in April-June, its slowest annual pace since 2013 and the projections are that it may have slowed down further in the second quarter, making six consecutive quarters of slowing growth, a first since 2012. This despite a recent series of fiscal stimulus, including a reduction in corporate tax rates.

The Minister attributed the fall in GDP growth in the last two financial years to the lagged effect of twin balance sheet crisis of stress on banks due to non-performing assets (NPAs) or bad loans on the one hand and heavily indebted corporates on the other, resulting from the UPA regime lending. She said capital infusion of Rs 70,000 crore in banks, flowing from that speech, had led to rise in the ability of banks to lend and over Rs 2.5 lakh crore has been given in loans during the recent outreach programme. She added that reforms such as Insolvency and Bankruptcy Code are yielding results.