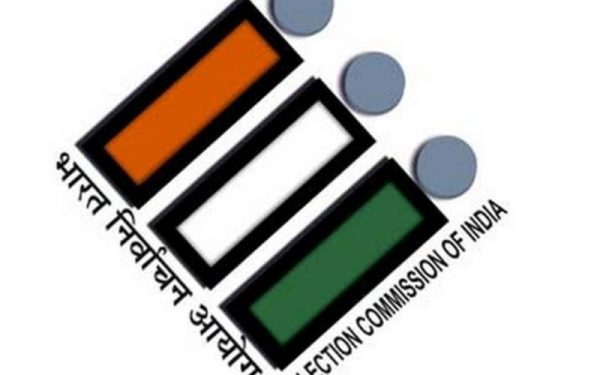 Kolkata : Situation is tense but under control after the intense clashes between the supporters of ruling Trinamool Congress and BJP broke out inside the campus of Vidyasagar college in North Kolkata last night before it took an ugly turn after a bust statue of great educationist and a key figure of Bengali renaissance Ishwar Chandra Vidyasagar was smashed by some people who also extensively damaged several furniture and set fire to a number two wheelers parked inside the college campus during the Road Show of BJP President Amit Shah in the city.
According to the police and the eye witnesses accounts, the clash ensued after a group of TMC supporters as well as students of Vidyasagar College allegedly pelted stones on the participants of Amit Shah’s massive Road Show near the college and showed them black flags shouting anti Narendra Modi and anti BJP slogans.
This infuriated the BJP workers at the Rally who rushed towards the college campus and soon a clash ensued between the two rival groups. Taking advantage of the melee and utter chaos inside the college campus, some miscreants broke several furniture including desks and benches in class rooms and damaged a few doors and windows.
In the meantime someone took out the statue of the great educationist and philosopher from the office room and smashed it on the ground to break it into several pieces leading to further clashes and more tension.
As a result more violence took place in the college which soon spread to even outside area when a number of motor bikes and  other things were set on fire by some unidentified miscreants forcing the police to resort to lathi charge to ward of the unruly crowd.
As the people ran helter skelted in search of safe places to take shelter, the movement of traffic in the area was suspended and the shopkeepers downed their shutters in fear.
Soon a huge contingent of police arrived on the spot and brought the situation under control and as a preventive measure a police camp was set up to monitor the tense and volatile situation.
Meanwhile, both Chief Minister Mamata Banerjee and BJP All India President Amit Shah blamed the supporters of other party for this unwanted violence.
While Mamata Banerjee threatened to ‘create a similar mayhem in BJP office in New Delhi’ if she wanted to, Amit Shah urged the party workers to remain calm and said they should not reply the violence with violence but with peace and friendship.
Condemning the vandalism and smashing of the statue of Vidyasagar and that too in Bengal, Shah said that it did not go with the rich culture of the Bengali people and demanded a probe. He also blamed the TMC workers for creating the trouble and urged the people to take the first step to vote out the Mamata Banerjee government because of creating such a ‘Goonda Raj’.
Also criticizing the role of the Election Commission and charging it with taking no action against the TMC goons and had turned a blind eye towards all its alleged misdeeds, the BJP President  also urged the Commission to show its authority before holding the 7th and last phase of elections in Bengal in a peaceful, free and fair manner. He also rubbished the threat of the Chief Minister who was in no mood to leave any ground to BJP and promised to take  revenge inch by inch after the poll.
Now, it remains to be seen how the EC would react and what action  it would take to ensure a peaceful poll in Bengal on 19 May.
Please share this news
2019-05-15
chundawat
Share