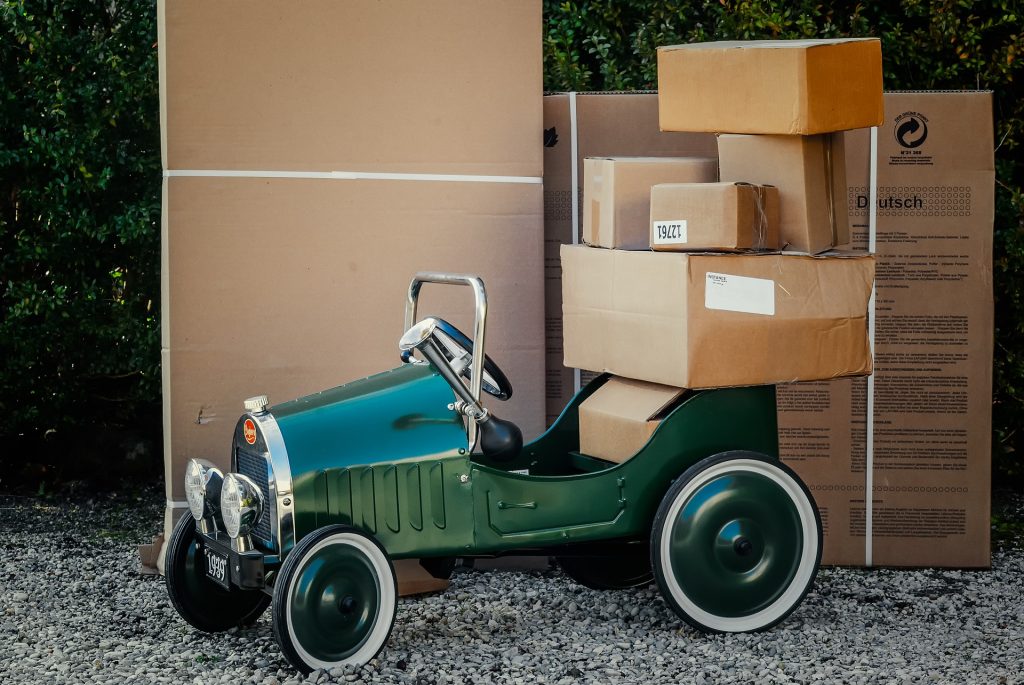 Microsensors are becoming cheaper to create and easier to obtain, which is great news for just about every industry: manufacturing, oil and gas, biopharmaceuticals, and even environmental science. We’re nearing a future where every object, even those not wired, will have something to tell us.

It’s always been essential for shipping companies to keep track of where everything is, and Internet of Things applications have made that easier. But there’s much more to come. Tags on fragile packages may someday be able to say whether the goods are riding safely in the back of a truck or bouncing around in a hazardous way. Here we look into two IoT technologies by Intel and Semtech for shipping purpose.

It’s the kind of IoT that enterprises might not even be aware of as a device or system but could still benefit from every day. Meanwhile, for a shipping company, it might save on labor and specialized technology rollouts. A real-time graph generated by sensor readings automatically showed a box getting shaken up. Power came from a standard, unlicensed wireless network.

The key to this oversharing tag is what Intel calls a mote. It’s a chip so small it could get lost in a jar of coarse-ground pepper. The IA-32 mote shown at IDF, built on Intel’s Quark architecture, would be the brains of a tag that could incorporate motion, temperature and other sensors. The tiny size of the processor is a big part of what makes the whole system viable, as it keeps both energy draw and per-chip costs low.

The mote doesn’t talk directly to the cloud. Instead, it uses a short-range, low-power network. In this case, it is Bluetooth Low Energy, to a local gateway device that forwards the data over a longer-range network like cellular. The local gateway might also process or store the data first.

The mote is so small and efficient, using only about 1 milliwatt, that it can run on energy harvested from radio waves wafting through the air around it. For example, a Wi-Fi network on a truck might bathe a trailer full of packages with enough RF (radio frequency) energy to power motes on every one of them.

Semtech Corporation released a disposable, ultrathin and low-cost tag that can be integrated into disposable systems or attached to assets to communicate a specific trigger of an event. The LoRa®-based nano-tag can be deployed across numerous Internet of Things (IoT) verticals that utilize the event data to enable smarter decision making.

The nano-tag is equipped with an ultra-thin printed battery and is designed to be integrated into products or systems that send messages to the Cloud when a simple event is detected. The LoRa-enabled reference design will work with existing LoRaWAN™ networks and enable the proliferation of completely new types of IoT applications, requiring real-time, reliable feedback including logistics/shipping applications, healthcare and pharmaceutical applications, asset tracking applications, and general-purpose compliance applications.

This technology featuring native GPS-free geolocation capabilities has been integrated into Ireland’s Port of Cork LoRaWAN based Internet of Things (IoT) network solution to track shipping containers. The Port of Cork IoT network solution enables LoRa-equipped sensors with Semtech’s geolocation, placed in shipping containers, to detect the opening and closing of the containers’ doors, monitor the temperature of heat-sensitive cargo, and provide end-to-end tracking of each container.

The complexity of managing logistics at ports makes them well suited to having a network for IoT solutions. A challenge for any of these solutions is scale. Ideally, all ports would be using the same technology and so that the data from a container could be transmitted wherever it was in the world. We are a long way from having that scale right now.

Prediction from Data Gathered and Communicated by IoT

The data gathered and communicated by smart and connected shipments will help industries not just track goods, but also improve business decisions like rerouting if demand shifts or intercepting a damaged shipment. By analyzing data from thousands of shipments, logistics service providers will be able to predict and avoid routes where damage or delays are likely, establishing a more reliable distribution network.