Home / HEADLINES / INDIA / 3 Most Famous Places To Visit in Florence

3 Most Famous Places To Visit in Florence 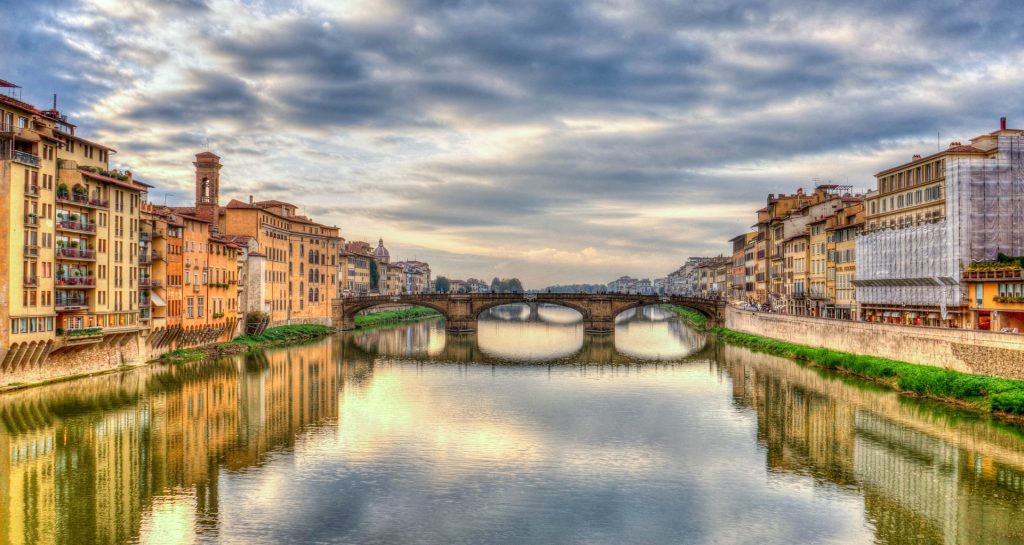 The seven famous church bells are ringing in Giotto’s tower, which is one of the three buildings that make up the impressive architectural ensemble known as Santa Maria del Fiore, the Cathedral of Saint Mary of the Flowers, in Florence. The musical sound of these bells ringing throughout the city, both day and night, and it has not been changed in centuries. Wherever you are in the central Florence, you are unlikely to be far from the chime of church bells. In fact, it is not just the lovely church bells rings has not been changed since hundreds of years ago. You would be surprised to know that many rich families living in this ancient city today are the same as they were in medieval time, the skyline of this medieval city is still dominant by the fifteenth-century dome of Santa Maria del Fiore, and further, the world’s greatest treasure of Renaissance art is everywhere since early years of fifteenth-century.

Florence, the capital of Tuscany, is one of the world’s most beautiful, cultural and historical cities. It was the birthplace of Italian Renaissance and its world-famous Renaissance art and architecture has attracted tourists all over the world. Perhaps, Florence is one of the best cities in the world for wandering because impressive artwork is everywhere, whether around the corner of a coffee shop, through the open doors of a church or right in the public squares. You can immerse yourself in centuries-old surroundings, while busy finding out the gelato’s secret. However, Florence is not just about the past. It’s a fascinating city, where the past intersects with the present. Please continue scrolling down to read about some of the best places to visit in this city.

The Uffizi Gallery is one of the most visited museums in Florence and the world. This gallery has the world’s largest collection of Renaissance art, largely collected by members of the Medici family during sixteenth and seventeenth centuries. If you’re in early enough and plan your visit carefully, you might get to enjoy the hundreds of artworks pretty much to yourself. Another must-visit art gallery is Accademia Gallery. Without a doubt, the queue that forms outside this museum is here for one thing only, the spectacular statue of David. The marble iconic statue stands seventeen feet tall and weighs over five tons, and he is been stood tall since the 26-year-old Michelangelo carved him out of a single hefty block of marble 500 years ago.

(2) Cathedral of Saint Mary of the Flower

The Cathedral of Saint Mary of the Flower is the most iconic landmark of Florence. In fact, it is better known simply as the Duomo after the massive dome on its east end. Duomo is the third largest church in the world and was the largest church when it was completed in 1436. If you don’t mind 463 steps and some tight spaces, clamber up inside for the 360-degree panoramic view of the city from the lantern at the very top, which is the highest point of central Florence. Alternatively, you can also climb up the Giotto’s Campanile (bell tower), which offer another spectacular view on the Duomo itself. Take pictures and lots of them. Besides, it is also worth checking out the hora italica clock, one of the oldest surviving examples in the world, above the cathedral entrance.

The Ponte Vecchio or ‘Old Bridge’, is the most famous bridge in Florence and undoubtedly one of the great icons of the city. For many visitors, no visit to Florence is complete without spending some time dawdling on the Ponte Vecchio, looking at the numerous overhanging tiny shops on the bridge or admiring the great view. Of course, you can choose to walk across the bridge and you will be in for a pleasant surprise: the tiny shops are suddenly interrupted by two wide terraces, which open out on to an incredible view of the river. Aside from the beauty of the architecture and the rich history of the bridge, the Ponte Vecchio is also one of the most romantic places in Florence. Isn’t watching the breathtaking sunset over the Arno River in the arms of your lover a good way to end a day in Florence?

Given Florence’s beautiful architecture, rich history, and romantic atmosphere, there is no denying the city is an ideal vacation destination. So, if you are planning to travel to Florence, these are the beautiful places that you don’t want to miss!