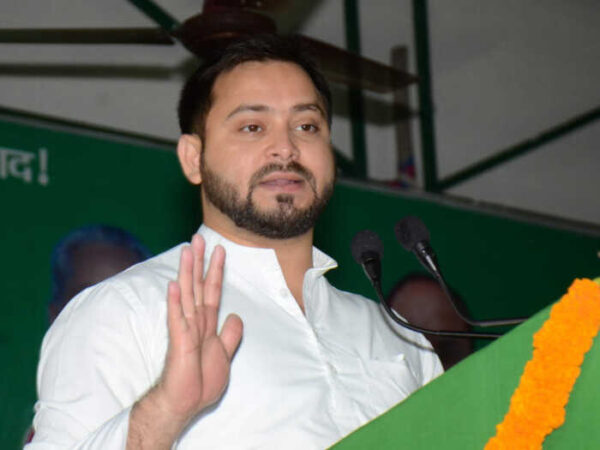 Patna : RJD leader Tejashwi Yadav on Tuesday suggested that a committee headed by Bihar Chief Minister Nitish Kumar and comprising some other members of the state legislature be set up for meeting Prime Minister Narendra Modi and press the demand for a caste-based census. The leader of the opposition in the Bihar Assembly made the demand in a motion moved before the House. He insisted that this is practicable in light of the fact that the bicameral legislature had, on two occasions in the past, passed unanimous resolutions backing a caste-based census. Parliament was told last week that an exercise to ascertain the population of Scheduled Castes (SCs) and Scheduled Tribes (STs) was proposed and the same would not be carried out for other social groups.

This triggered fresh and vociferous demands in Bihar that other caste groups, including OBCs, also be taken into reckoning to improve the efficacy of affirmative action like reservations and caste-specific schemes. The Bihar chief minister”s JD(U) is an ally of the ruling BJP at the Centre. He, nonetheless, finds himself on the same page as the RJP headed by his arch-rival Lalu Prasad on the issue of a caste-based census. Both are committed to the politics of social justice and owe their rise to the churning in the aftermath of the Mandal Commission. Nonetheless, Yadav was told by Speaker Vijay Kumar Sinha that the “prastaav” (motion) is like a “sujhaav” (suggestion) and hence it could not be debated on the floor of the House on a day when much legislative business was scheduled.