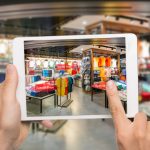 Future Retail is planning to spend Rs 150-200 crore a year for expansion of Big Bazaar stores in the eastern region. The company would open around 25 such stores from April this year in eastern India. The company has opened its 17th Big Bazaar store in Kolkata, which is also ... END_OF_DOCUMENT_TOKEN_TO_BE_REPLACED