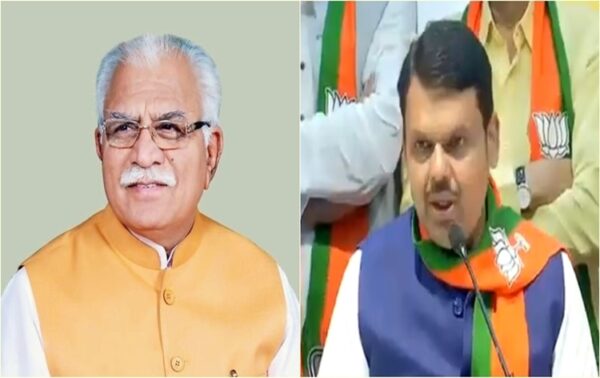 Political activities for government formation have gained momentum in Haryana and Maharashtra after declaration of assembly poll results.

The newly-elected BJP Legislature Party of Haryana will meet in Chandigarh tomorrow to choose its leader. Briefing media in New Delhi today, party’s State-in-charge, Anil Jain said, after the meeting the party will meet the Governor to stake claim for government formation in the state. He said, Union Minister Nirmala Sitharaman and senior party leader Arun Singh will be the Central Observers at the meeting

Haryana Chief Minister Manohar Lal met BJP Working President J P Nadda and other top leaders of the party in the National Capital today to discuss a way forward. The Ruling BJP has emerged as the single largest party with 40 seats in the State Assembly elections. The BJP is six short of the half-way mark in the 90-member Haryana Assembly.

Haryana Chief said, he is optimistic that BJP is going to form the government in the state. The Congress won 31 seats, Jannayak Janta Party ten, Indian National Lok Dal and Haryana Lokhit Party one each and seven winners are independents.