Udaipur : The police department that earned appreciation for the swift action and arrest of an Udaipur youth for giving life and rape threats to a Delhi based journalist, has failed to arrest the perpetrators, who tortured and stripped a dalit woman in Chittorgarh’s Dungal block , even after four days of the incident.

On Monday, the woman’s statement was recorded before a magistrate at Badi Sadri court but the police are yet to nab the mother-son duo who allegedly tortured the 45-year old victim. Meanwhile, the accused woman has given a complaint of immodest behaviour and teasing against the victim’s husband on Monday.

Sosar Bai, wife of Dalichand Meghwal was beaten badly by Chandi Bai and her son Kishan Teli of Alod village under Dungla police station area on January 28. The woman was stripped by the mother son duo who hit her badly on the private parts, thighs and even fractured her fingers. The police complaint was lodged the same day and the medical examination was done.

“No one has been arrested in the case yet as we have to follow the procedure first. The woman’s statement has been recorded under section 164 of the CrPc before a magistrate and now the investigation will be taken further” DSP Badi Sadri Ashish Kumar said.

Dungla SHO Om Singh informed that Chandi Bai has given a written complaint against the victim’s husband and police would investigate on her report too.

“The trueness of the accusation would be clear in the investigation, both sides would be heard” the SHO said. 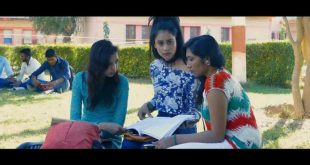