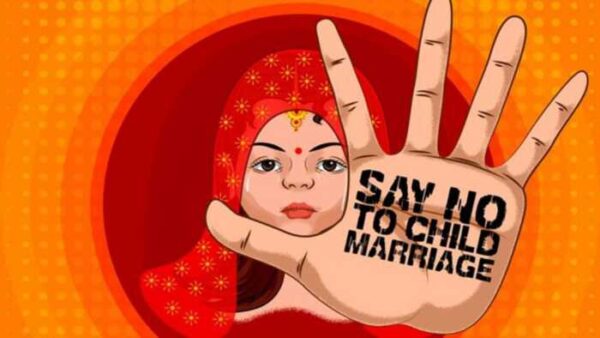 Udaipur : The members of the Child Welfare Committee, Chittorgarh had to face a puzzling situation on Monday when a minor girl who was produced before them by the police refused to go with  her parents and said that she wanted to live with her husband. The girl had run away with her husband a few days back when they happened to meet for a relative’s wedding in Chittorgarh.

The girl’s parents presently live in Ahmedabad and had lodged a complaint of abduction against their son-on-law and charges of rape  against his younger brother. Seeing the girl’s reluctance to go with parents, the CWC passed an interim order  and  gave her conditional  custody to  her  maternal aunt. Meanwhile, police has objected on the committee’s decision and said that the girl should have been  sent to  NariNiketan.

Asha daughter of  Ramlal was married three years ago to one Madanlal of Chanderiya village( All pseudo names).  The ‘bidai’ had been due since she is a minor however, in October 2020 Asha and her younger sister Seema were sent to her inlaws house when her mother-in-law  was ill. The girls were taken back to  Gujarat in December.  In  May, Asha and her parents visited Chittorgarh for a relative’s marriage where she met her husband and both of them eloped.

They hid at a relative’s home meanwhile the girl’s father filed an abduction complaint  against her inlaws and husband. The man also said Madanlal’s minor brother had raped Seema who became pregnant and later had a miscarriage. On  Seema’s  statement, the Chanderiya police detained the minor who was produced before the Juvenile Justice Board and sent to a shelter home. Meanwhile, Asha and her husband too were found and Asha was brought before the CWC where an expert held her counseling. ” Asha is 17years 11months old and would  attain the marriageble age soon. She told us her husband had not abducted her and it were her parents who plan to get her married off to someone else under the Nata system” Ramesh Dashora, CWC chairman said.

“Looking at the pandemic situation, sending the minor to any shelter home was felt as the last option. The parents and her inlaws  are offenders under the Prevention of Child Marriage Act and a case should have been  lodged against them at the first  place to have held the illegal marriage. The girl expressed willingness to live with her aunt until the legal marriageable age and so the bench of  magistrate passed the order granting her custody” Dashora said.