Hindu Council of Kenya (HCK) is planning to organize a nationwide mega-donation-drive on the eve of upcoming Hindu festival Diwali to support the needy populace. 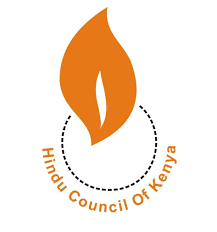 According to reports, donations will be collected either in cash or kind; and which may include electronic items in working condition like blood-pressure monitors, CD players, desktops, fans, irons, laptops, mobile-phones, radios, sewing-machines, tape-recorders, televisions, VCRs, and other equipment “to bring smiles to underprivileged people” during the Diwali festival season. Donations can be left at HCK’s headquarters in Nairobi.

Distinguished Hindu statesman Rajan Zed, in a statement in Nevada (USA) today, commended HCK for their kind gesture and passion to help the less fortunate in the communities they lived.

Zed, who is President of Universal Society of Hinduism, quoting ancient Bhagavad-Gita, urged Hindus: Strive constantly to serve the welfare of the world; by devotion to selfless one attains the supreme goal of life. Do your work with the welfare of others always in mind.

Hindus are God’s people, full of courage and generosity. Petition God for the common good of all the local and world communities during these times of confusion and suffering, Rajan Zed suggests Hindus.

Launched in 1971, mission of HCK includes “strengthening Hindu culture and propagate the Hindu way of living which is based on the principles of tolerance and peaceful coexistence”. Kamal Gupta and Sujata Kotamraju are Chairman and General Secretary respectively of HCK; which has branches in Nairobi, Kisumu, Eldoret, Nakuru, Mombasa, Mount Kenya. HCK assists in matrimony also and it organized COVID-19 vaccination program with Kenyatta Hospital in July.

Diwali, the most popular Hindu festival of lights, which falls on November four this year, aims at dispelling the darkness and lighting up the lives and symbolizes the victory of good over evil. Hinduism is the oldest and third largest religion of the world with about 1.2 billion adherents, and moksh (liberation) is its ultimate goal.