Fraud in the Name of “Khadi Prakritik Paint” 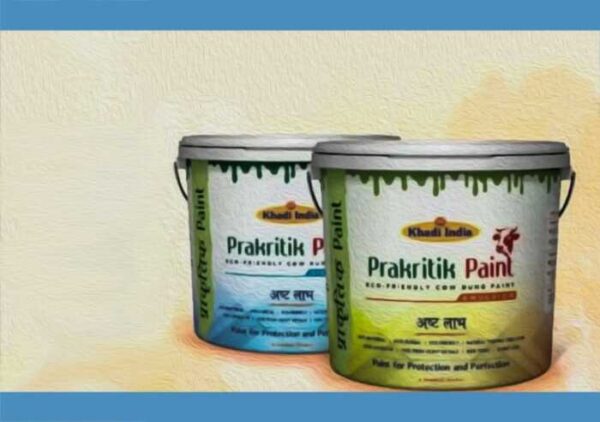 Delhi High Court has directed a Ghaziabad-based trader, who indulged in fraudulent manufacturing and selling of counterfeit Khadi Prakritik Paint, to stop all such activities immediately. The court noted that the defendant JBMR Enterprises, owned by one Umesh Pal, has indulged in “counterfeiting” by illegally using the “Khadi” brand name and copying the name and packaging of “Khadi Prakritik Paint” in order to mislead the consumers and hamper the “goodwill and reputation” of Khadi.

Khadi Prakritik Paint is a unique, innovative paint made from cow dung. Developed by Khadi and Village Industries Commission (KVIC), the anti-fungal and anti-bacterial paint was launched by MSME Minister Nitin Gadkari on 12th January 2021. Ever since its launch, the paint became popular and huge orders are being received from all parts of the country.

The court also directed the defendant – JBMR Enterprises – to stop operating its website www.khadiprakritikpaint.com, take down its Facebook account under the trade name “Khadi Prakritik Paint” and suspend its email id khadiprakritikpaint@gmail.com.

The counsel for KVIC submitted in the court that the defendant JBMR Enterprises was also selling counterfeit “Khadi Prakritik Paint on third party websites such as India Mart and Trade India. Further, it was using the official logo of the Ministry of MSME, Government of India, on its website to mislead consumers into believing that JBMR Enterprises was a government affiliate.

KVIC Chairman Vinai Kumar Saxena said that KVIC has “not outsourced the manufacturing or marketing of Khadi Prakritik Paint” to any agency.

KVIC in the last few years has acted tough against such violators. So far KVIC has issued legal notices to over 1000 private firms for misusing its brand name and selling products under the name of Khadi.