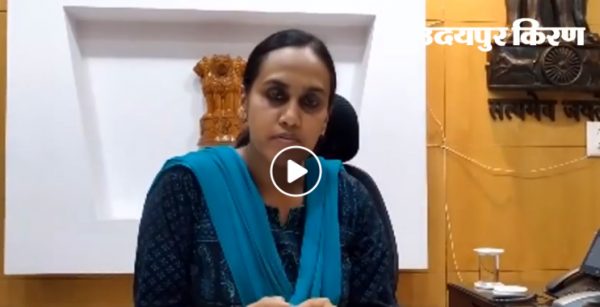 Udaipur : With the number of corona virus positives having crossed 100 mark, the district administration has declared the entire municipal area (excluding industrial area) a containment zone to contain the community spread of COVID-19. Collector Anandhi issued the order which imposed complete restrictions on movement and activities of people effective from Saturday afternoon to May 22.

The decision was made after a record of 59 new cases were reported on Friday, followed by 20 more cases by saturday morning. Of the 55 positive cases in Kanji-ka-Hata area, 26 persons are sanitation workers of the Udaipur Municipal Corporation and hence to contain the spread, UMC commissioner Ankit SIngh declared holiday for all the 1750 sanitation workers for two days. Deputy Mayor Paras Singhvi said that contact history of the 26 infected workers is being traced and all those who didnt come in contact with them , would be called back on duty.

Meanwhile, UIT too has been closed till further orders after three personnel including a revenue inspector, driver were tested positive. UIT secretary Arun Hasija said that all the staff have been home quarantined and their samples have been for testing.

Half of the city under curfew