“The plentiful and spread of southwest monsoon this year should help farmers and the output must be very good. It will also help Indian economy, though exact quantification cannot be made at this moment. We don’t have an assessment as to how it will impact the economy.” The country as a whole has so far received 7 percent excess rainfall.

This was stated by Dr. M Rajeevan, Secretary, Ministry of Earth Sciences.

Dr. M. Mohapatra, Director General of the IMD, said that the country is likely to see normal to above normal rainfall in September, though in the second week of September, monsoon rain is likely to be deficient in most parts of the country, including northwest and central India. But it is likely to resume after September 17, he added. The usual date for monsoon to begin withdrawing is September 17.

Dr M Mohapatra pointed out that the IMD in its weekly weather update mentioned that withdrawal of monsoon may begin from western parts of Rajasthan in the week ending September 18. But we are also expecting a low-pressure area to develop over west central Bay of Bengal around that time. He said, adding that while withdrawal of monsoon may begin, but we are still studying as to when it’s likely to completely withdraw. We are expecting normal to above normal rain in Kerala, Karnataka and coastal areas of Maharashtra around and after September 17, he said. In other words, though the rainfall activity has declined in September as compared to August and is now below normal, rains will revive in the next few days as fresh weather systems are developing, he said.

Dr. Mohapatra elaborated that variability of monsoon rain this season was higher this year, with excess rain in June, a deficit in July and again excessive rainfall in August.  He said active Madden–Julian oscillation (MJO), the largest element of the intraseasonal (30- to 90-day) variability in the tropical atmosphere, and cold El Nino neutral conditions also favoured good rain in August.

He noted that the IMD’s accuracy in forecasting heavy rainfall has improved to over 80 %. Both Dr. Rajeevan and Dr. Mohapatra also pointed out that the IMD has very accurately predicted the behaviour of Super Cyclone Amphan well in advance and helped save human lives and property. However, they admitted that East and West coast cyclones are different weather patterns and tracking them minutely sometimes differ from the forecast. Though the cyclone Nisarga was also well tracked and predicted from a low pressure area to its peak, there was some difference about its landfall.

Dr. Mohapatra pointed out that among some new initiatives by the IMD also include its “Weekly Video weather forecast” (In English and Hindi) and weather apps– *Mausam App*, *Meghdoot App*and *Damini App*, which he said are very useful for people.

On the impact of climate change on the behaviour of Indian monsoon, Dr. Rajeevan said that it does have its affect and the IMD has done a lot of work on it. But these impacts vary from time to time and there is no uniformity about it, he said.

The Secretary, MoES also gave details about IMD’s efforts in installation of new and more radars across the country to gather more data and be able to make forecasts on various weather phenomena in near future. 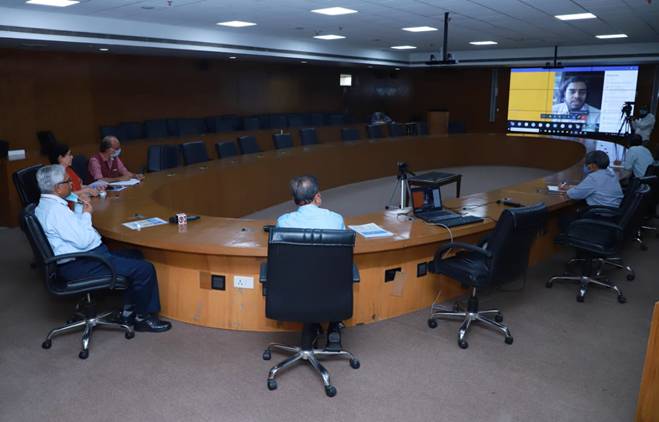