This over 5.5 km four lane bridge lies at NH-19 between Patna and Hajipur. It is being constructed at a cost of Rs 1742 crore. It involves replacement of the existing concrete superstructure of old bridge by new steel deck superstructure. Work on this bridge was started in June 2017. The bridge is schedule to be completed in two parts. Upstream lane has been completed in July 2020. Thereafter downstream lane shall be taken up and will be completed by 2021. The new steel superstructure consisting of about 6600 metric steel is being provided by replacing old existing distressed concrete superstructure.  This is a new type of work being executed in India for the first time. Beneficiary districts on the Northern Side include  Hajipur, Chappra, Muzzafarpur, Samastipur, Darbhanga,  Madhubani, Sitamarhi, Siwan and Eastern UP. And on the Southern side – Patna, Aara, Arwal, Jahanabad, Nalanda, Gaya, Aurangabad and Jharkhand.

Speaking on the occasion, Shri Gadkari said, this is the first ever bridge using modern technology for improving the existing structure. Calling it an engineering marvel, he said, it can be a good case study for civil engineering students. He announced a new bridge over river Ganga in Patna, which will be 5 km long, with larger spans to facilitate movement of ships under it. He said, its tender will be out next month, and the work will start soon. It will cost about Rs 3,000 crore. The Minister recalled his dream of a national waterways network, under which three metre depth of water has been ensured in river Ganga between Prayagraj and Haldiya in WB. He said, dredging has been completed between Prayagraj and Varanasi. In the next phase, one metre draft is being worked upon in river Yamuna between Delhi and Prayagraj. He informed that Rs 12,000 crore worth DPR has already been submitted to the World Bank for this phase. He hoped that soon his dream of waterway travel between Delhi and Haldiya will fruitify.

Shri Gadkari called upon the political leadership of Bihar to consider adopting river transport in a big way, as it is a cheaper and environment friendly mode. By adopting river Transport for commercial activities, he said, the governments and business community can easily bring down its logistic cost. This will help the economy to come out of slumber also, he said.

The Minister informed that over Rs 10,000 crore worth of bridge work being undertaken in Bihar will transform employment scenario in the State. He advocated industrialisation to eradicate poverty, unemployment and hunger among large sections of population. He said, real development can be achieved only by bringing the poor and unemployed people in the mainstream of economic activity. He suggested utilising the huge capacity of artisans and handicraft and handloom workers through development of MSME clusters along the Highways. He said, a happy, prosperous, fulfilling and strong populace is the backbone of any developed nation.

Chief Minister Shri Nitish Kumar, in his address, welcomed the efforts of the Prime Minister who announced a huge development package for the State last year. He also complimented Shri Gadkari for speedily completing the Highways and bridges in the State. He, however, requested the Minister to also consider another 2 or 4 lane bridge parallel to the existing Vikramshila bridge. He also indicated towards the need for a direct route between Buxar and Varanasi. The Chief Minister also pointed out the need for uniformity in NH width for smooth flow of traffic.

The Chief Minister welcomed the suggestion of Shri Gadkari on MSME sector, and informed that the State government is working hard to provide employment opportunities to the returned migrant labour. He said, Bihar is always in the forefront of MSME development, and requested for enhancement in central support in this respect, also in view of higher population density in the State. Shri Nitish Kumar said, the government is doing all that is possible to increase per capital income of the people in the State.

Union Minister Shri Ravishankar Prasad called it a historic day for Bihar. He said, this is such a popular work that if it had not been the COVID era, lakhs of people would have gathered to witness this event at a physical function. He requested for construction of a bridge on the river Ganga at Kala Diara in Bakhtiyarpur near Patna.

Deputy Chief Minister of Bihar Shri Sushil Kumar Modi said, the project is part of the Rs 1,25,000 crore package announced by the PM last year. He said, over Rs 53,000 crore are being spent on roads in Bihar under it. He recalled that while there were only four bridges in the State when they assumed power in 2005, the government is constructing 14 more, and very soon there will be 18 bridges in the State.

Union Minister of State for Road Transport and Highways Gen (Retd) V K Singh gave the entire credit for speeding up the construction of this project to Shri Gadkari. He said, having completed the first phase today, the second phase will be completed in 18 months. The Minister informed that NH works of Rs 30,000 crore will be undertaken for the overall progress of the State. He said, Rs 3,800 crore have already been transferred to farmers accounts towards land acquisition in Bihar.

The total length of NH in Bihar is 5301 km. which was 4554 km during 2014. The total length has been increased by adding additional lengh of 747 Km new NH. At present, various schemes of Highway and bridges are in progress at a cost of about Rs 27270 crore for overall development of Bihar. The Ministry has sanctioned more than Rs 10,000 crore to be distributed to the farmers as a compensation of their land being acquired for development of National Highways.

Out of this, approx Rs.6800 core has already been transferred directly to the respective farmers as a compensation for their land being acquired for development of National Highways.  The density of NHs per 1000 sq km in Bihar has been increased to 57.06 km  which is equal to the various states.

The river Ganga and other rivers are dividing Bihar in various segments so there was a vast requirement of major bridges to connect all the parts of Bihar for the sake of development. Accordingly, Ministry has sanctioned and taken up construction of five Major bridges across river Ganga and Kosi namely at Buxar Bridge (Buxar), New Ganga Bridge (Patna), Vikramshila Bridge (Bhagalpur) , Kosi Bridge(Madhepur-Bhagalpur) and Sahibganj Bridge (Katiyar-Sahibganj).

Special features of Bridge-   There is a missing link between km 106 to km 136 of NH 106 connecting Birpur to Bihpur. By constructing this bridge throw connectivity may be provided from Nepal, West Bengal & North Eastern part of Bihar with Southern Part of Bihar and Jharkhand

Status of Various Projects in Bihar 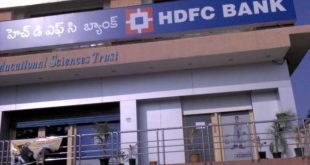