Udaipur : Remote villages in migration prone Dungarpur and other districts in South Rajasthan are in the grip of mounting anxiety as migrant labourers begin to return home from Maharashtra and Gujarat areas affected by the corona virus outbreak.

After the nation wide lockdown announced on March 22, these workers after being jobless had walked back to their home states in herds. ” Some 26 thousand people have arrived at Ratanpur, the Gujarat -Rajasthan border in past two three days. Our teams are line listing them, they are being screened by the medical teams . Those who have been advised to be quarantined are stamped and being transported to their villages through buses arranged by the administration ” Dungarpur collector Kanaram told Udaipur Kiran. 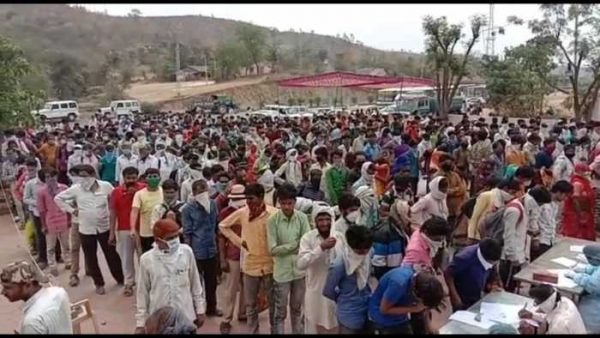 According to the officer some 30 counters have been put up at the check post where patwaris are preparing the lists of the arriving population categorically as per their  areas. Medical teams of 20 doctors and 40 nurses have been working day and night in screening these people.  Most of the people do not have money and had not eaten stomach full during their long walk back home. ” It is indeed a large amount of people but we are trying to adhere to the social distancing protocol as far as possible 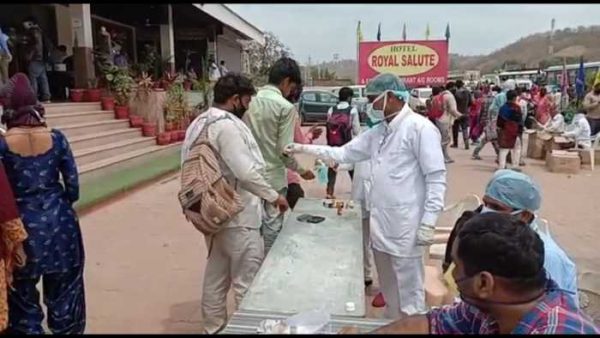 We are providing them food, water and medicines too and ensuring that they follow the quarantine prescription even after reaching home” the collector said . Around 16 thousand had reached till Wednesday and some 12 thousand people were reported to have reached in 7 hours on Thursday between 6 am to 1 pm while a large number is still expected in two days. Fifty buses arranged by the district administration are making rounds to transport these people to their homes not only within the district but to Rajsamand,Banswara, Udaipur and Pratapgarh. Looking at the high inflow of workers , the government should.deploy additional medical teams and provide them with ample equipments to speed up the screening process. The large gathering of thousands of people in the area itself at this time may prove risky for all ,claimed activists . Meanwhile the police personnel, volunteers are arranging food packets at several towns and distributing to people walking back to their homes.

Air India to operate 75 passenger flights to US, Canada between June 9 – 30 under VBM