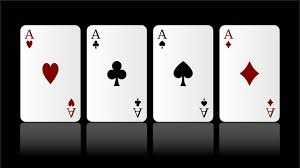 The current environment is desolate and it is therefore not surprising that many people have learned their shoulders on online games for getting a sense of relief. Amidst the disruption caused by COVID, the online gaming industry has performed more than fairly. While staying at home, more and more people are using online games as a medium to pass their time and further socialise in a safe manner. Online gaming has become so popular that it has grown tremendously as an industry. According to data published by Deloitte, for the first time in life, a third of the consumers have subscribed to one of the video gaming services. These services include either cloud gaming services, sports tournaments or virtual sporting events.

Further, popular online games such as Solitaire including casual games have converted even the casual players into dedicated players owing to the free time that one had due to isolation and the accessibility of video gaming platforms. The COVID-19 situation was capitalised by different game studios and publishers. Further, online games like Freecell have been made more engaging and the multiplayer mode became one of the most essential features to socialize online while maintaining social distancing in the offline world. The emerging trends during and after the pandemic are discussed below.

The pandemic has resulted in uncertainty and anxiety, both of which can overwhelm a mind. To escape this situation of crisis, most people have shifted their attention to online games and have found it as a great escape mechanism. Engaging in online games has not only helped people to break their monotonous routine but also has allowed them to connect with other gamers online who are in the same boat. With real experience going down due to lockdown, many are looking for virtual experiences that can replace the real experience and allow normalcy. The interest in online gaming is clear from the fact that keywords related to such terms are increasing.

A trend that has emerged very prominently in the gaming sector during the pandemic is that online gamers are not simply interested in playing but also in streaming. There are plenty of online communities that support streamers and it has become a part of the fan culture. Even though it still existed before the world was hit by COVID-19 but still the phenomenon skyrocketed during the COVID-19 when gamers are not playing, they prefer to both watch and comment on the gameplay of other players. YouTube has become a dedicated platform for gamers to stream such gameplay content. Such a method has been considered innovative as it ensures a steady connection in the gaming community and has proved to be helpful for people who are living alone. Online space has become an important space in the lives of many who are stuck inside the house.

Previously, most of the gamers preferred to play alone but now when people including the gamers are forced to stay online, social gaming has become an emerging theme. Multiplayer mode has become a common mode and a wide number of platforms are supporting this mode where millions of gamers come to the same platform to engage in online gameplay with each other. Such mode goes beyond simple gameplay for the players and a community connection image that extends the connection that exists only on the screen. For instance, many players have built their rapport by participating in different multiplayer modes in a game and have created a reputation of being excellent players. Even though the period demanded isolation, many online connections were created which are genuine.

Till the last few years, gaming was considered a male-dominated arena but this belief has been changing with the emergence of female gamers. The number of female gamers has been increasing steadily since COVID and the women are fighting for their space in online gaming platforms. Most female gamers are seen enjoying esports, which is also a sector in the gaming industry that has seen one of the maximum growth.

Even though the isolation brought by the pandemic was enforced, it has proven to be a blessing for many. From casual online games to hard-core games, the gameplay is being made interesting and engaging and new innovations are being carried out to keep the gamers interested in the game.