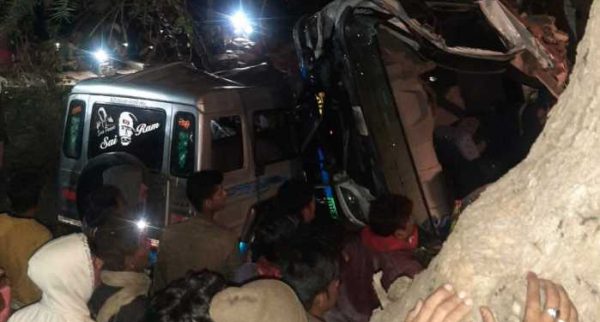 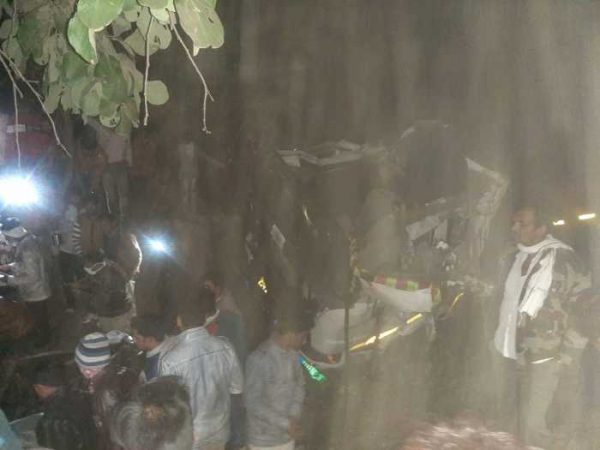 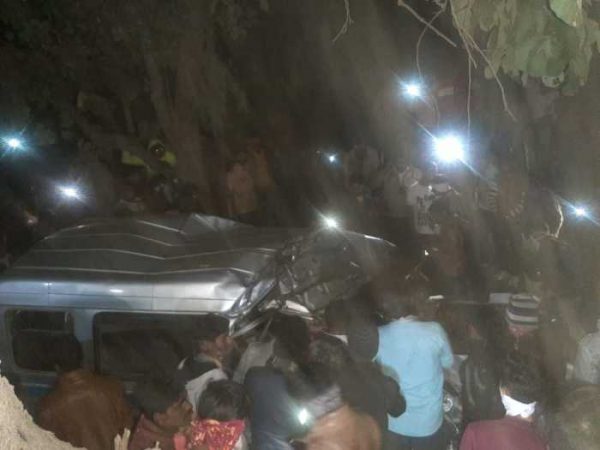 Udaipur : A team of doctors constituting a medical board conducted autopsies of the deceased persons on Sunday morning, who lost their lives in a fatal road accident near Napawali-Sadal Khera under Nikumbh police station limits of Chittorgarh district on Saturday night. Six autopsies were held at Nikumbh civil hospital where the doctors wore PPE kits before completing the medical procedure.

One body that was kept at Mandphiya hospital was shifted to Chittorgarh district hospital where the postmortem was held. Nikumbh SHO Vinod Menaria told Udaipur Kiran that all the bodies were claimed by the relatives who took them in two ambulances to their home in Taal of Madhya Pradesh. Seven persons were killed and 10 were injured when the jeep they were travelling in crashed with a trailer. ”

ccording to the eye witnesses, the trailer driver had carelessly tried to overtake from the wrong side and bumped onto the jeep which too was on high speed” the SHO said. The collision was so impactful that the bodies were crushed between the vehicle. It took more than three hours for the rescue team to pull out the bodies with the help of earth moving equipments. The party was returning from Darshan of Sanwaliya Seth Temple, police said. Of the 10 injured, 5 are admitted in the Nimbaheda hospital while 2 in Chittorgarh, 3 seriously hurt ones are admitted in Udaipur. An FIR has been registered against the trailer driver and the vehicle has been seized while police teams raided the house of the absconding driver to nab him, however he is at large.

Prime Minister Narendra Modi expressed condolence over the accident on his twitter handle. ” Pained by the loss of lives to an accident at Nikumbh, Chittorgarh. In this sad hour, my thoughts are with the bereaved families. I wish the injured a speedy recovery” he wrote. Chief Minister Ashok Gehlot also prayed for strength for the aggrieved families and speedy recovery to the injured ones. Former Chief Minister Vasundhara Raje said the deaths are unfortunate and sad.

Meanwhile Chittorgarh MP CP Joshi demanded the state government to undertake a survey of the major roads in the district so as to develop them as national highways. In a letter to the CM, Joshi said in August 2017, the central government had theoritically agreed to develop state roads between Mangalwad- Nimbahera,Karoi-Kapasan-Bhadsouda and Katunda-Bhainsroadgarh as national highways. These patches witness heavy traffic flow during peak hours and there are increasing incidents of road accidents like that happened in Nikumbh on Saturday. Joshi requested the state government to undertake a survey and report the status so that the roads could be developed under the national projects.

[Preserving Our Planet] ① Putting Old Phones to Good Use