Leopard cub caught by villagers after its mother flees Udaipur : Villagers caught a leopard cub in Pipali village of the district on Wednesday after its mother left it alone on the main road. The female leopard was spotted sitting on the road with her two cubs by some school children who informed the villagers. 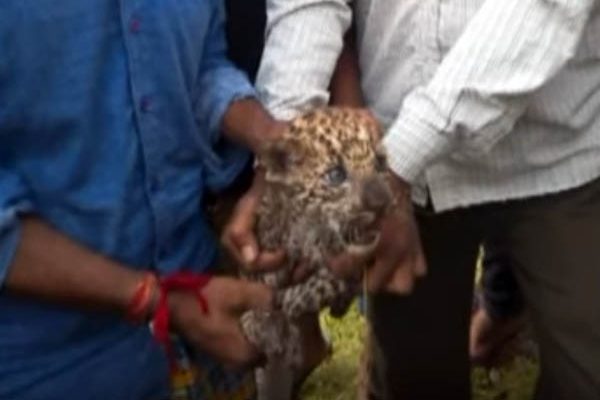 However by the time people gathered the big cat disappeared taking away one of the cub in between her teeth. People took the other cub and informed the forest department. Officials went to the village and took the cub in their care which was put inside a small cage at the same place from where the people picked it. Forest department has laid another cage beside the cub’s cage so that when the mother leopard comes looking for the cub, both may be rescued and released in the forest area. People have been warned against going near the cub to prevent any probable attack by its mother. It may be recalled that a leopard had created panic in Parsad forest range last week after it turned into a man eater and attacked and killed three people including a teenage girl. Villagers had went on a rampage demanding the beast to be killed. It was tranquilized and shot dead by the shooters of the forest department on August 14.