Vinesh Phogat knocks out Mattsson to move to quarters, Anshu bows out after repechage defeat 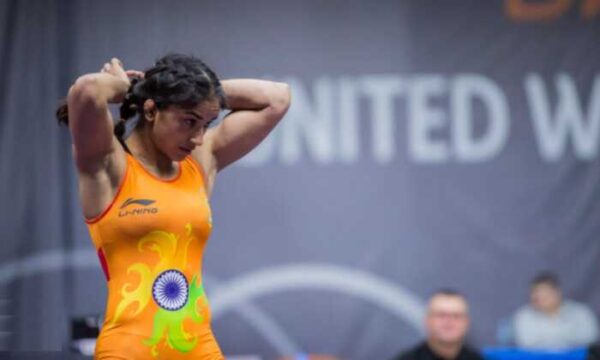 The 26-year-old Indian wrestler walked out with a commanding 7-1 win over the Swede, whom she had beaten at the 2019 World Championship as well. Vinesh will face Belarus” Vanesa Kaladzinskaya, the reigning European champion, in the last-eight stage.

Showing her immense power, Vinesh turned the Swede from a difficult position on the edge of the mat when she could have conceded a point.

The Indian maintained the intensity throughout and even got herself into a position for a pin but the Swede escaped the embarrassment.

Vinesh had beaten the Swede in her opening round of the 2019 World Championship, where she locked her Tokyo Games quota and a bronze medal.

However, young Anshu Malik bowed out of the 57kg competition after losing her repechage round 1-5 to Russia”s Valeria Koblova, the Rio Olympics silver medallist.

Anshu never looked intimidated by a stronger opponent and was leading the bout at one stage on criteria but towards the end, the Russian pulled off a two-pointer to nose ahead.

The 19-year-old Indian had lost her opener to European champion Irina Kurachikina but after the Belarusian progressed to the final, she bounced back to be in contention.

Ravi Dahiya (57kg) and Deepak Punia (86kg) will fight for gold and bronze medal respectively, in the evening session.