New Delhi : Regulator Sebi has barred Gulshan Nirman India Ltd and its present and former directors from the capital market for at least four years and directed them to refund the money that the company had collected illegally from investors.

According to a Sebi order, Gulshan Nirman had raised an amount of over Rs 39 lakh by issuing secured redeemable non- convertible debentures (NCDs) to at least 75 investors during the financial years 2011-12 and 2012-13.

Since the securities were issued to more than 50 people, the offer of NCDs qualified as a public issue and required their compulsory listing on a recognised stock exchange.

However, the company did not comply with the provision.

Among other requirements, the firm was required to register a prospectus with the Registrar of Companies (RoC) under the Companies Act, which it failed to do.

Accordingly, in an order passed on January 24, Sebi has asked the firm and its present as well as former directors to refund the money raised during their respective period of directorship along with an annual interest of 15 per cent.

These directors have also been restrained from the securities markets for at least four years. Also, they have been prohibited from associating themselves with any listed company for the same period of time.

Further, Gulshan Debenture Trust and Aisha Begum have been restrained from accessing the securities market for four years.

Sebi said that the order is subject to “effect and implementation of the directions… shall be subject to the directions passed by the High Court (Calcutta) in its Order dated November 3, 2016 or any further orders passed therein”. 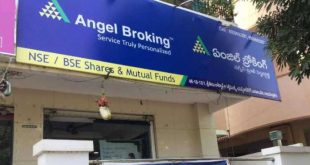