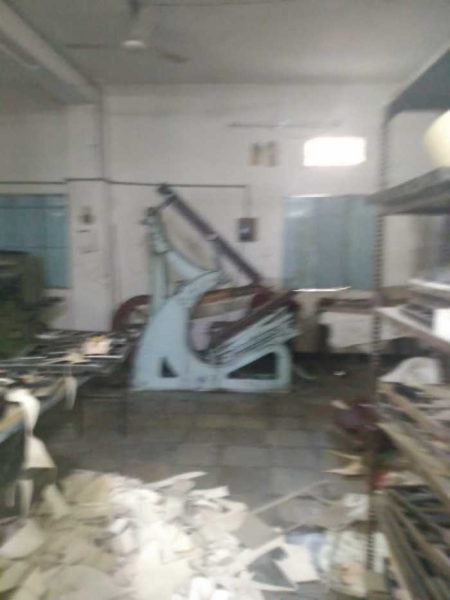 Udaipur : At a time when authorities are making all efforts to sensitize people on the significance of social distancing, some are taking instructions lightly. In such a case, Udaipur police sealed a diary manufacturing unit here at Rampura chauraha under the Ambamata police station area of the city.

The administration was tipped off the handicraft diary making unit at Harsh Nagar where some 10-15 workers were said to be engaged daily despite curfew imposed in the area. DySP Chetna Bhati and Mahendra Pareek and SHO Laxman Bishnoi of Ambamata police station raided the area and found the tip to be true. Nine workers were found inside the unit of which 5 were women who hid behind bedrolls in the corner of a room.

The owner’s son too was found inside the compound. The medical team was called which sanitised and screened the workers while a case has been taken against the unit owner Govind Soni under section 188 of the IPC for defying curfew orders. It was told that Soni had political connections and hence was running the unit without any hindrance or checking.