MP teen girl tries to immolate self over harassment by youths 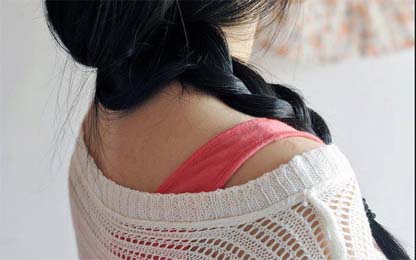 Indore : A 16-year-old girl tried to immolate herself in a police premises in Indore in Madhya Pradesh on Friday alleging that some youths were barging into her home and teasing her at knife-point, an official said. A video of the incident, in which she is seen narrating her ordeal and the alleged refusal of Palasia police station to register a case on her complaint, went viral on social media soon after, leading to the arrest of four people.

The girl reached the office of the Deputy Inspector General of Police (DIG) here at Regal Cross Road and tried to strike a match after pouring kerosene on herself, but those present prevented her from doing so, the official said. Soon after, Inspector Sanjay Bais of Palasia police station said four people, all relatives of the victim, in the 18-24 age group were arrested under section 354 (criminal force on a woman with intent to outrage her modesty) of the Indian Penal Code. Bais said the victim”s family and the accused are involved in a dispute over a pathway in the locality where they stay, adding that further probe into the incident was underway.