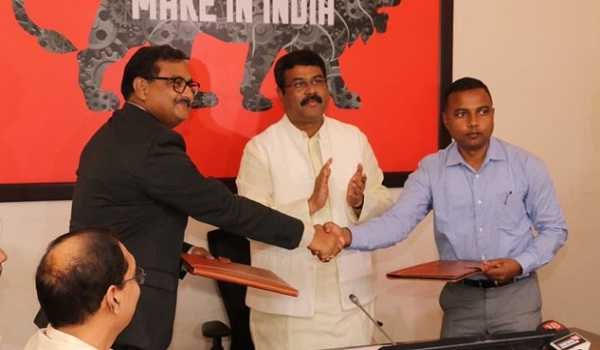 East Coast Railway under the aegis of Ministry of Railways signed a Memorandum of Understanding with Government of Odisha for development of Bhubaneswar station as Multi-Model Transport Hub in New Delhi today.  Chief Minister of Odisha, Naveen Patnaik, the Minister of Railways and Commerce & Industry, Piyush Goyal and the Minister of Petroleum and Natural Gas and Steel, Dharmendra Pradhan joined the MoU signing ceremony through Video Conferencing.

Under this MoU, Bhubaneswar station will be redeveloped as Multi-modal transport hub, jointly by Ministry of Railways and Government of Odisha. The multi-modal Hub expected to completed in three years shall have new terminal building for Railway Station, City Bus terminal, Public Car parking and other allied public utilities. Mixed use land development and Air concourse connecting both side of the Railway station.

Dharmendra Pradhan said that citizens of Bhubaneswar would be greatly benefited by this project and it could become a hub for tourism in the area. The Chief Minister of Odisha complimented the Railway Ministry for coming forward to develop the project. He said it will be a world class multi modal transport hub and could be a first-of-its-kind in the country.

Piyush Goyal in a statement issued for the occasion, said that the focus of Indian Railways is to improve the infrastructure to make it at par with world class level. The Minister said that he is happy that the Government of Odisha has come forward to collaborate with the Ministry of Railways to develop Bhubaneswar as a Multi-modal hub.