Bangalore : For, 15-year-old Surbhi Ben, who hails from Amerli district in Gujarat, her entire childhood was marked by endless visits to the hospitals, consultations with the doctors, several tests and endless derogatory remarks from locals and strangers for her ungainly looks due to a football-sized tumour that was stuck on her neck. Extending from her neck onto her chest, the benign tumour which had affected Surbhi’s life for more than a decade, is now identified by the doctors as fibromatosis.

Born in an underprivileged family of farm labourers, Surbhi Ben was still a toddler when her parents first noticed the lumps around her face that have since then engulfed her neck, making her social pariah of sorts. Over the years, her family had approached several doctors in and around the Amerli district where many of them had suggested that the tumour cannot be excised upon at the local hospitals and recommended her to approach hospitals in metro cities. The treatment involved surgeries and injection sclerotherapy which were quite expensive. Due to the prevailing economic condition of the family, they were unable to bear the cost of the treatment and pinned all their hopes on a miracle that could gift their child a new life.

Explaining her plight, Surbhi, said: “I was unable to go anywhere because of the tumour. I had to drop out of school a year ago due to the immense pain in my neck while doing my homework or an assignment at school. Even while stepping out, I had to cover myself and unlike other girls, I could not wear normal clothes and dresses due to the ailment. I often used to ask my mother, why am I the only one who is suffering and there were several moments where I used to feel hopeless and frustrated.”

Despite her crippling ailment, Surbhi had an optimistic outlook and wanted to resume her schooling to fulfill her dream of becoming a teacher. Fortunately for her, hope soon arrived in the form of few well-wishers, the NewsLions helped facilitate the treatment along with Milaap and raised over Rs. 70 lakhs through a crowdfunding effort to provide her this life-changing surgery of multiple sittings over last 1 year. Once the funds were arranged through Milaap, the family then reached out to Aster CMI Hospital, where a team of 21 doctors and surgeons worked tirelessly for several months to remove the growth from her neck.

Speaking about the complications involved in Surbhi’s surgery, Dr. Chetan Ginigeri, Consultant – Paediatrics & Paediatric Intensive Care, Aster CMI Hospital said: “There were three tumours present in her throat and that was intertwined with the nerves of her neck, which made her surgery extremely complicated. Even though we were taking all the necessary precautions, however, the outcome of her surgery was uncertain to us due to the critical nature of her case. She initially had to undergo intervention radiology that entailed feeding vessel embolization under general anaesthetic. The team of doctors then carried out surgical debulking of the tumour. Following these procedures, flap reconstruction was done for the area affected. At the time of discharge, Surbhi was able to walk and do her routine activities. The wound completely healed and she could eat and drink safely. A tracheostomy tube was fit in her windpipe for airway protection. She is also undergoing voice training and it is likely to take around three more months for her to completely recover.”

Dr. Girish G, Consultant – Surgical Oncology, Aster CMI Hospital said: “The case had extensive involvement of structures in the neck going to upper torso both within and out of the thoracic cavity. The case was also immensely critical as the tumour had grown in the neck region where all the essential structures of life are located and hence we had to take extra precautions during the surgery. As expected she came back with a recurrence in 10 months in the neck which required re-excision. Presently she is fine, tolerating oral diet with no breathlessness and talking comprehensively. We overcame challenges in treating her successfully through a multi-disciplinary approach.”

Dr. Madhusudan G, Lead and Senior Consultant – Plastic Surgery, Aster CMI Hospital said: “The complete removal of the tumour posed a challenge of wound cover over the big blood vessels of the neck, exposed to sternum which was as large as 20 x 18cms. In view of such a large size defect, the coverage using adjacent skin flap was not feasible. Hence, a proportionately sized flap was taken from her thigh and was used to cover the wound by microsurgical technique. There was an additional challenge of positioning of the flap and recipient neck blood vessels which was successfully managed using vein grafts. When she came after 10 months she had developed contracture along the neck scar which was also released surgically.”

Dr. Ganeshakrishnan Iyer, Lead Consultant – CTVS Surgery, Aster CMI Hospital said: “This was a very extensive tumour growing in front and behind the sternum (breast bone). Hence the difficulty involved in removing the tumour from the front of the chest and then cutting open the breast bone was very challenging as the tumour was also stuck to the chest wall on the inside.”

Dr. Arun V, Lead Consultant – Anaesthesia & Critical Care, Aster CMI Hospital said: “The treatment of the patient was challenging as the tumour was putting pressure on the airway and trachea. It was very difficult to anaesthetise the patient because the breathing tube necessary to keep her asleep was difficult to insert. She had the tube placed awake under sedation which prompted the use of special equipment like fibre optic bronchoscope highly necessary. The treatment also carried a high risk of bleeding as it involved blood vessels in the neck and chest. The surgery was conducted over three days and the patient had to be kept asleep from the time of radiology, surgery and reconstruction.”

Commenting on the success of Surbhi’s fundraiser on Milaap, Anoj Viswanathan, President and Co-founder of Milaap, said “The powerful visual impact of the images on the fundraiser page and the video Milaap shot for Surbhi’s fundraiser accelerated the fundraising process. The video had over a million views on Facebook and was shared more than 1000 times. Over 6200 donors from all over the world united for this cause on Milaap. The success of this campaign with the culmination of such great efforts is indeed giving a message of hope for such causes in the future”

Expressing her joy on the successful recovery of her daughter, Mrs. Rekha, Surbhi’s mother, said: “We are seeing a new, beautiful, bubbly and bold, Surbhi, thanks to all my brothers and sisters who contributed to her life-changing treatment. Your kind gesture towards a stranger has reinstated my faith in humanity. She is now leading a normal life, freely riding her bicycle, playing with friends in the neighbourhood and doing her studies, without being subjected to any humiliating remarks from onlookers.”

Surbhi is now full of hope and post the treatment has been able to resume her life normally. 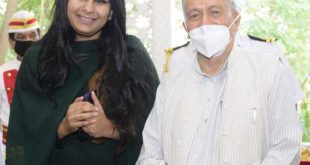