Home / HEADLINES / Inflation Witnessing Moderation Since 2014; Volatility of Prices for Most Essential Food Commodities Down in 2014-19

Inflation Witnessing Moderation Since 2014; Volatility of Prices for Most Essential Food Commodities Down in 2014-19 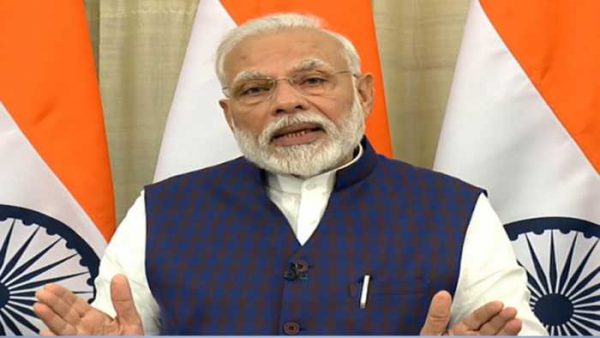 The Survey notes that during 2018-19, the major driver of CPI-Combined inflation was the miscellaneous group. However, during 209-20 (April –December), food and beverages emerged as the main contributor to CPI-C inflation. Among food and beverages, inflation in vegetables and pulses was particularly very high, mainly driven by low base effect and production side disruptions due to untimely rain. The Survey recommends that measures to safeguard farmers like procurement under Price, Stabilization, Fund, Minimum Support Price (MSP) needs to be made more effective.

The Survey notes a divergence between the retail and wholesale price of various essential agricultural commodities in the four metropolitan cities of the country over the period 2014 to 2019. The divergence was particularly high for vegetables like onion and tomato. This could be due to the presence of intermediaries and high transaction costs.

According to the Survey, CPI-C inflation has continued to be highly variable across States. Inflation ranged between (-) 0.04 per cent to 8.1 per cent across States/UTs in Financial year (FY) 2019-20 (April-December). Inflation in fifteen States/Union Territories (UTs) was below 4 per cent in FY 2019-20 (April-December).In all States, there was a divergence between rural and urban inflation. In most of the States the CPI-C inflation in rural areas is lower than the CPI-C inflation in urban areas and this divergence in rural urban inflation was observed across all components food and beverages, clothing and footwear, miscellaneous etc.

Analysing the variability of inflation in rural and urban areas, the Economic Survey observes that rural inflation has been more variable across States than urban inflation. It also states that there has been a change in the inflation dynamics,as there is convergence of headline inflation towards core inflation.The Survey suggests that this may have implications for the response of monetary policy to food and fuel price shocks: monetary policy need not become tighter in face of short-term, transitory price shocks in non-core components. However, owning to the large weightage of food and fuel in the consumption basket of consumers in India and the fact that demand-side pressures (and not just supply side factors) are important for food and fuel inflation focus on headline inflation for monetary policy decisions may be warranted.

The Economic Survey states that the Government takes various measures from time to time to stabilize prices of essential food items which include utilizing trade and fiscal policy instruments, minimum export price, export restrictions, imposition of stock limits. On the issue of onion prices it says that this went up during 2019-20 starting from August, 2019 and various measures were taken by the Government to ease the situation.