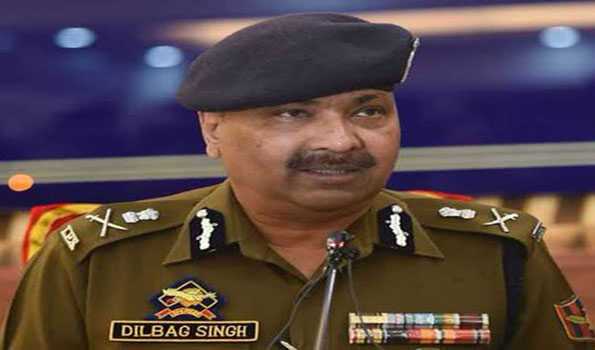 Srinagar : The Director General of Police, Dilbag Singh, on Friday sanctioned rupees 80 lakh as Special Welfare Relief in favour of dependents/legal heirs of five deceased Police personnel.Police in its official communique said that the amount has been released with an aim to provide help to the families of the Police personnel who have passed away while in service.

Apart from that the DGP also sanctioned an ex gratia of rupees 15 lakh for NoKs of three CRPF personnel of 92 Bn who attained martyrdom in a militant attack. The special welfare relief of rupees 19 lakh each has been sanctioned in favour of dependents/legal heirs of three deceased Police personnel namely ASI Maqsood Hussain, HC Chander Dev, HC Anoop Singh and Follower Devinder Kumar who expired while serving the Police department. Rupees 4,50,000 have been sanctioned in favour of NoKs of SPO Davinder Singh who expired during