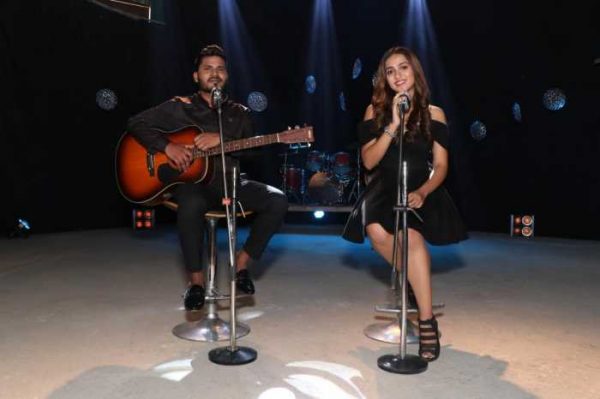 Creative producer Soni Prasla says that content spectrum in India is diverse and she is planning to back and produce varied and strong content to cater every palate and sensibility.

Young, beautiful and driven entrepreneur Soni Parsla is the daughter of media giant Navroz Prasla. She is also the Creative producer of web-series Life Of Life which is the talk of the town ever since its trailer and song releases.

Talking about her plans to make her mark in Indian OTT market, Soni said, “Series Life of Five’ is just the beginning. The content spectrum in India is diverse, just likes its people and culture. There is a lot of ground we need to cover, and we’re not just aiming to entertain only Hindi audience, we’re aiming to bank and producer content across languages, which is varied and diverse and caters everyone palate and sensibilities. We have our own OTT platform, Herogo Tv and we will soon launch lot more series and programs”

Life Of Five is helmed by Sejal Somaiya and Sagar Mhadolkar, starring incredibly talented ensemble of Sakshi Mhadolkar, Ayush Narang,Namit Shah,Devish Ahuja and Khushi Dubey in the lead roles. The series is created by Media FilmsCraft and Navroz Prasla Productions.

With strong viewership across USA with NTv Houston and Herogo TV, Soni is hopeful that her first step in India will be appreciated. She said, “Despite many difficulties and challenges due to worldwide pandemic, we’ve still managed to complete the shoot and deliver as we planned. We’re excited about the forthcoming series and hope that people will appreciate it”

Talking about the song, Soni said, “Sandeep Jaiswal is the second Arijit Singh, he has such a sweet voice. It gives me chills every time I hear his singing. Sakshi is great, singing is one of her hobbies and we took her hobby and did something amazing with it and hope she can make a career out of it”