New Delhi : Chief Minister Arvind Kejriwal on Saturday unveiled a Jallianwala Bagh memorial mural on the premises of the Delhi Assembly and said his government is trying its best to follow the ideals of the country”s freedom fighters. 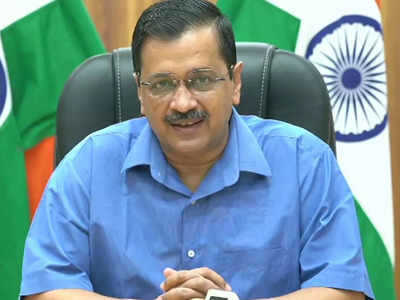 He also offered his tribute to Mahatma Gandhi and former prime minister Lal Bahadur Shastri on their birth anniversaries.

Mahatma Gandhi showed the path of truth, non-violence and righteousness not only to India but to the entire humanity while Lal Bahadur Shastri”s simple life, honesty, and efficient leadership are inspirational for every generation, Kejriwal said.

According to a statement issued by the Assembly, the chief minister inaugurated a massive mural ”Jallianwala Bagh Smriti Chitra” in memory of the victims of the Jallianwala Bagh massacre of 1919.

“This artwork will continue to remind us of the pain and suffering and struggle our ancestors had to go through to bring freedom,” Kejriwal told reporters.

The Delhi government is trying its best to follow the ideals and visions of the country”s freedom fighters, he said.