Home / CAREER / Centre Wants Education to attain not only a National or International Standard but also Wants to Make it a holistic One, Asserts Education Minister

Swami Vivekananda used to tell everybody, we are supposed to learn till our death and the experienced world is the best educator. This was stated by the Union Minister of Education Dr Ramesh Pokhriyal Nishank today while speaking in a webinar organised by Ramakrishna Mission Vivekananda Educational and Research Institute (RKMVERI) on ‘Swami Vivekananda’s Educational Vision and National education Policy 2020’. He added, there was a time when the students from the country as well as from the world used to come to Universities like Nalanda and Taxila (Takshashila) to acquire knowledge of science and arts. Swami Vivekananda’s ideals in fact, go with India’s vision of ‘Vasudhaiva Kudumbakam’ and it is also very much apt in the present scenario to mingle this great master’s vision with the education policy which only encourages acquiring knowledge with experience. The Minister stated that the ultimate aim of acquiring knowledge is to keep everybody out of sufferings as the Sanskrit shloka says, ‘Sarve bhavantu sukhinaḥ/sarve santu nirāmayāḥ/Sarve bhadrāṇi paśyantu/ Mā kaścidduḥ khabhāgbhaveta.’ Dr. Pokhriyal was very much appreciative of the institute’s activities to uphold the visions of Vivekananda as well as impart such an education which envisages the scientific, aesthetic, cultural and spiritual
totality. He said the tradition of guru-shishya or the teacher-student relationship as ‘Gururdeva Maheswara’ or ‘Acharya Devata’or devotion is utmost experienced in the education imparted by Ramakrishna Mission. The Minister also pointed out that educational institutions like Ramakrishna Mission have also helped students to learn fruitfully the ways of living meaningfully.

According to Dr Pokhriyal, the Union Government has attempted to come up with a new education policy which is in line with the thought of learning through experience as well as through living. The National Education Policy 2020, he said, is akin to the ideals of Swami Vivekananda, as this great sage used to say, what the man learns should not  be kept inside. He said, we want such an education, which not only helps in the sharpening of the intelligence but also assists in development of mind as well as our character. The Minister added that Vivekananda used to say knowledge is inside everybody, humans are only its discoverers. He also stated the necessity of mingling Vedanta with science. As Swamiji used to say, the world is not for cowards, it is for the courageous people who want to know more and more, he said. Dr. Pokhriyal pointed out that the National Education Policy is an attempt to follow Vivekananda’s this ideal as well as trying to implement his visions into reality so as to make education not only national or international but also an inclusive one and holistic one. It is now the time to give access to this national education policy in terms of equality and quality.

The minister also pointed out that Swamiji always wanted the youths of this country to be endowed with knowledge without the pressure of the outsiders like the British ones. Swamiji spoke about acquiring knowledge on science, new discoveries in the indigenous way, stated Dr Pokhriyal. The New Education Policy, he stated, is an indication of that. While deliberating on the subject, the Minister gave instances of Aryabhatta in Mathematics, Bhaskaracharya in Science or Charaka and Sushruta in medicine and Charaka Sanghita-the indigenous ways of proliferating scientific studies from the past. He also spoke about Prime Minister’s vision of holistic education through a new curricular structure of 5+3+3+4 corresponding to ages 3-8 years, 8-11 years, 11-14 years and 14-18 years respectively which is akin to Vivekananda’s vision of education, i.e., imparting primary education through Mother Language and the higher education may also be imparted through Mother Language. The aim of this education policy is to put more importance to Mother Language, the Minister reiterated.

While speaking on the technological development of the country, Dr Pokhriyal stated that scientific and technological innovation-based education is also necessary in the present scenario to compete with the world and to give impetus to this, a National Technological Forum is formed with the help of IITs and IISERs. The Union Government is now urging the world to send their youths to study in India as it has been envisaged that the Indians are giving leadership in many organisations internationally like Microsoft and Google. The Minister also informed that more than thousand students from ASIAN nations are now studying in India. He is hopeful enough that the national Education policy will help to curb the Indian students from going outside India either for higher education or for employment. India, he hoped will soon be a prime country to be bold enough powered by the National education Policy, so far as the character building of the youths are concerned as well as nation-building as Swamiji envisaged once and uttered, ‘Arise, Awake and not stop till the goal is reached’. 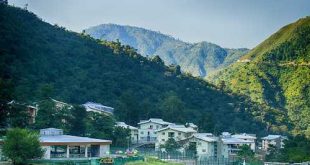