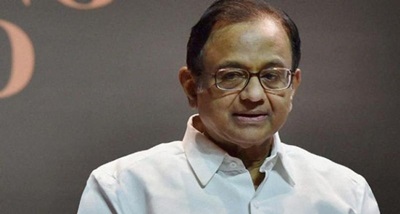 The Central Bureau of Investigation moved Supreme Court today seeking review of its verdict granting bail to former Finance Minister P Chidambaram in the INX Media corruption case saying some errors apparent on record have crept into the 22nd of October verdict. The CBI said the finding rendered by this court is clearly contrary to the record and amounts to error apparent on the face of the record. The probe agency also requested the top court to accord hearing while adjudicating the review plea.

The top court had granted bail to Chidambaram in the case lodged by the CBI saying he is neither a flight risk nor is there a possibility of his abscondence from the trial. Chidambaram is currently in custody of Enforcement Directorate till 30th of October, in the money laundering case related to INX Media scam.

He was arrested by the CBI on 21st of August in the corruption case which was registered on 15th of May, 2017 alleging irregularities in a Foreign Investment Promotion Board clearance granted to the INX Media group for receiving overseas funds of 305 crore rupees in 2007, during Chidambaram’s tenure as Finance Minister.