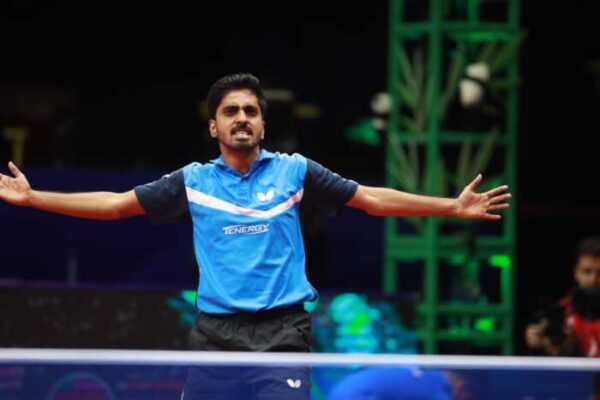 Tokyo : Indian table tennis player G Sathiyan suffered an upset defeat at the hands of lower-ranked Siu Hang Lam to make an early exit from the men”s singles competition at the Tokyo Games, here on Sunday.

Ranked 38 and seeded 26th, Sathiyan had a commanding 3-1 lead but lost four games in a row to lose 3-4 to the 95th ranked Hong Kong player.

The first game was tight but the Hong Kong player pulled away from 6-6 with his forehand at work.

Sathiyan switched gears after the opening game with ease. He not only put up a stout defence but levelled the match when Lam hit a return out on a ferocious forehand.

Sathiyan raced to a 5-1 lead in the third game in a dominating fashion and kept going strong as Lam”s game fell apart and in no time and Sathiyan had a 2-1 lead in his pocket.

The Indian was now even hitting his backhand flicks for winners while Lam”s errors kept mounting.

But there was a twist in the tale with Lam drawing parity by taking the next two games. Sathiyan saved two game points in the sixth game to keep Lam under pressure but made an error on third game point.

In the deciding game, Lam opened up a 5-2 lead with crushing forehand winner after a time out.

Soon, Sathiyan was down 6-9. He hit a forehand out to be down by match point. Lam -sealed it when Sathiyan made a backhand error.