Additional Director General, ROB and PIB, Patna, Shailesh Kumar Malviya presided over the webinar. In his address he said that Ek Bharat Shrestha Bharat initiative was launched by the  Prime Minister Narendra Modi on the occasion of 140th birth anniversary of Iron Man Sardar Patel.  This campaign aims to promote the spirit of national unity through interaction among all States and Union Territories.  He said that under this campaign two different states have been made partners, in which Bihar has been paired with Mizoram.  These states have got an opportunity to know and understand about each other’s cultural heritage, customs, food, clothing etc.

While addressing the participants Chongthu said that a campaign like Ek Bharat Shreshtha Bharat would prove to be a boon for the Northeastern states.  He said that the culture and lifestyle of Mizoram belongs to a tribal society, where people have limited communication with the people of other states.  Through this campaign, people of Mizoram will be able to interact with the culture and prosperity of Bihar, on the other hand, people of Bihar will be able to know the culture, tribes, costumes etc. of Mizoram. Ek Bharat Shreshtha Bharat is the best campaign for the exchange of culture.

Rashid Ali while addressing the webinar said that his organization is going to do virtual programs across the country which will make the dream of Ek Bharat Shreshtha Bharat come true.  He also said about the Mizoram Society that there is no discrimination on the basis of caste and race.  He said that people completely follow the guidelines of the church and the guidelines made by the community.  For example, he said that whenever someone goes out during lockdown, instead of police or state machinery, civil society does not allow such people to get out of the house and to follow the lockdown completely.  He said that people of Mizoram lead quite honest and disciplined life. Every Saturday in Mizoram, people go out of the houses and clean the public places which are things to learn.  He said that through Nehru Yuva Kendra, people are sent from their state to other states for 15 days so that they can see the living, culture, food etc. of other states and execute it at their own place.

Ravi said that Mizoram is a very good and honest state.  Mizoram is the only state where people do not sit near their goods to sell goods, yet their goods are sold and they get the value of that goods.  He said that such honesty will rarely be seen in any other state.  He also said that money and force are not used in electoral rallies in Mizoram. A Mizo People’s Forum civil society in Mizoram usually conducts election rallies for candidates who stand for elections, with very little use of money and force there.  Regarding the similarities between Mizoram and Bihar, he said that people in both states are very hardworking and honest.  He said that if all people know and use one language of any state other than Hindi and English, then the goal of Honorable Prime Minister’s Ek Bharat Shrestha Bharat can be accomplished.  Ravi said that we must visit Mizoram once to understand the people and their culture of living.

Pratap Chhetri addressed the people present in the webinar and informed them about the work being done on behalf of his department on Ek Bharat Shrestha Bharat.  He highlighted  the specialities of Mizoram by saying that the people here are honest and disciplined, for example, people do not play horns on the streets.  He said that during the elections here, people of all parties do not campaign separately but here the People’s Forum itself prepares a forum and calls the representatives of all the parties to put forth their views, which reduces the expenses of elections. This is a very commendable work and should be followed by other states as well. 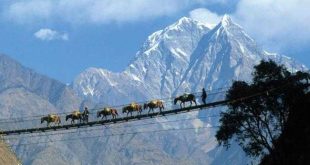