Jaipur : Rajasthan Police department has recommended a major penalty on the DSP and the woman constable, who were suspended after video clips purportedly showing them engaging in sexual activities in presence of her minor son had went viral. 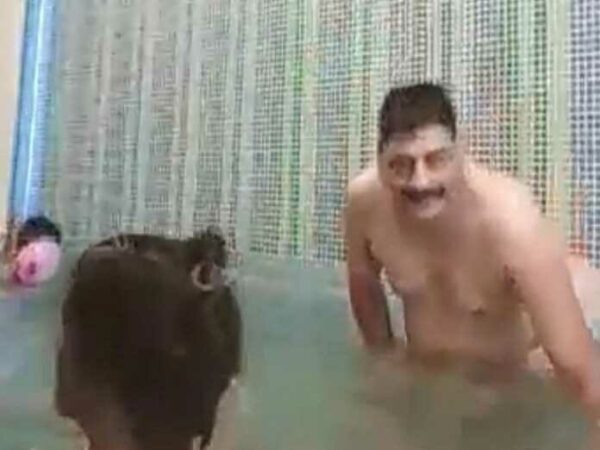 A senior home department official wishing anonymity has confirmed the development that the police department submitted its recommendation on Wednesday.

“Police department has recommended major penalty against the two police personnel. After approval from the CM office, the recommendation has been forwarded to the department of personnel for further action,” he said.

The police department had recommended action under Rajasthan Civil Service rules 16/18, which works for imposing major penalties. Under major penalty, the duo can be terminated, demoted or all benefits can be stopped.

After the video went viral, the police department had suspended both the personnel on September 8. The Special Operations Group (SOG) was handed over the inquiry which lodged a case against DSP Heera Lal Saini and arrested him on September 9. The woman constable was arrested on September 12. They both are currently under SOG remand.

According to the police, the videos clips were shot by the mobile phone of the constable in a resort of Pushkar town in Ajmer district on July 10.

RPS officer Saini was posted as the Circle Officer of Beawar in Ajmer, while the constable was posted in Jaipur.

The police had taken suo motu cognizance of the video being circulated on social media and arrested Saini. A case was registered at the cybercrime station of SOG.

The police have lodged a case under the Protection of Children from Sexual Offences (POCSO) Act.

The video clip purportedly showed Saini in a compromising position with the constable in a swimming pool along with policewoman”s six-year-old son who was also in the pool with them.

Saini has reportedly claimed that the video is doctored.

Apart from Saini and the constable, who were suspended on Wednesday on moral misconduct after the clips surfaced, two other RPS officers and SHOs of two police stations of Jaipur and Nagaur were suspended for dereliction of duty.

The husband of the constable had forwarded a complaint to SP office Nagaur seeking registration of the FIR against both of them under the POCSO Act and the complaint was forwarded to the SHO of Chitawa police station on August 10 but he did not register the case.