Nothing can compensate loss of precious human lives: Altaf Bukhari 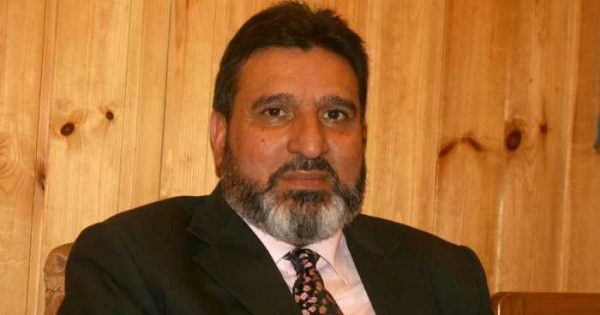 SRINAGAR : Jammu and Kashmir Apni Party on Saturday convened a condolence meeting wherein a resolution was passed condemning the recent spate of civilian killings across Kashmir.

The meeting unanimously denounced the inhumane brutal civilian killings and vowed to uphold the flambeau of unity and brotherhood unwaveringly.

On this occasion, the Party passed a resolution which was read before the meeting by Party General Secretary Rafi Ahmad Mir. Later a two minutes silence was observed by the participants who prayed for eternal peace to the departed souls.

In a statement to CNS, the resolution reads that We extend our full support to all the minorities who have been living in the valley for centuries and have thrived along with the majority community. The nefarious designs of the mischievous elements will never be allowed to fissure our age-old tradition of brotherhood, harmony and peace.

That we all will stand united against the forces of evil and barbarism as our heart goes out to the families of victims of violence and we stand with them in this hour of utter grief.

That the Government holds a major responsibility to ensure that all the civilians feel an atmosphere of security and peace. The government must act promptly and bring justice and order so that the prevailing sense of panic and fear is overcome.

That with this regard, J&K Apni Party has constituted committees of senior leaders who shall reach out to these families to share their grief and will put in efforts to ensure that their safety is guarded well. J&K.

Apni Party will consider and put in practice every political endeavor to protect and safeguard the syncretic identity of J&K and hold on to the strong bond of communal harmony and brotherhood.