Bengaluru : Karnataka Chief Minister Basavaraj Bommai on Monday directed officials to take necessary steps to ensure that there is no delay in the disposal of cases of atrocities against Scheduled Castes (SCs) and Scheduled Tribes (STs), including those pending in courts. 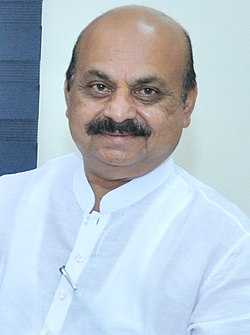 “In cases relating to atrocities against SC/STs, it has come to notice that in several cases, investigation has got delayed or court order or FSL lab reports have got delayed, or after filing of the charge sheet the prosecution might have got delayed. Home and Law departments have been given directions to review and see to it that there is no such delay,” Bommai said.

Speaking to reporters here, he said the Principal Secretary, Social Welfare Department, will be supervising it. “Review meetings should be held as per rules compulsorily. Once in three months meetings should be held at the Assistant Commissioner and Deputy Commissioner level to review the cases and to issue necessary directions. Directions will be issued in this regard,” he said, adding that a review meeting will also be held at the CM level regularly.

The Chief Minister today chaired a meeting of the State Level Vigilance and Monitoring Committee under the Scheduled Castes and Scheduled Tribes (Prevention of Atrocities) Amendment Act. Stressing the need for providing protection to witnesses in such cases, Bommai said, an Additional Advocate General will be appointed to oversee such cases relating to atrocities against SC/STs. There are complaints regarding SC/ST bogus certificates and a

special drive will be conducted to cancel these and action taken against officials who have issued them, he said.

Further, he said, under the Forest Rights Act about 1,80,000 cases have been rejected and they have to be reviewed as per the Supreme Court orders and a state level review committee will be constituted for this.