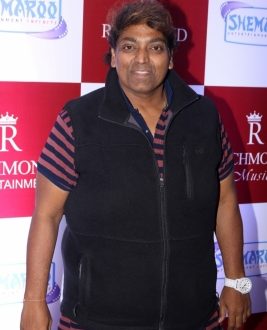 Mumbai, Oct 8 (udaipur kiran) Bollywood choreographer Ganesh Acharya has denied accusation levelled against him by members of Cine Dancer’s Association (CDA) that he did not pay dancers according to the standard rate fixed by the body.

“We have heard the news that I don’t give money to dancers and there are allegations against me that I make under-payments to dancers. Today, we have called out dancers from the film industry and media is free to ask them whether I do any kind of fraud when it comes to payment of wages,” Acharya told the media at a press conference he hosted to present his side of the story.

Earlier, a senior CDA member said, while interacting with the media: “Our last wage increment happened in June 2014 during the shooting of the Salman Khan starrer ‘Kick’. Till that time, dancers were getting Rs 3,500 as fees, and even after five years in 2019, their wages haven’t increased. So, we requested choreographers to increase payment. While all leading choreographers agreed to hike payment to Rs 4,500, Ganesh Acharya was the only exception who was not willing to pay according to the new standard rate.”

The CDA member added: “He (Acharya) pays Rs 2,000 to Rs 3000. So, members of our association met him on several times but he is avoiding standard rates of payment. Through the media, we would like to request him to think about his decision and cooperate with dancers, who work really hard. The Film Federation has also supported us although Cine Dancers Association is affiliated with them.”

A female member of CDA said: “He (Acharya) told us if you are not ready to work according to my conditions, then I will employ non-members (of the association) as dancers in my films. We are unable to understand what his problem is. We feel he should support dancers when it comes to giving them standard payment of wages. We don’t work on a daily basis, and we get paid when there is work, so we are finding it difficult to lead our lives in these times of inflation. We feel that non-members shouldn’t be given preference over dancers of the association.”

Contrary to an earlier report, Acharya said he has not received any letter from Indian Film and Television Directors Association (IFTDA) regarding the issue. “I haven’t received any letter from IFTDA directing me to pay Rs 5,000 or Rs 10,000 to dancers. I haven’t received any letter from CDA either, and they currently have an internal fight among themselves over many issues. So, they have formed two different committees. Because of their fight, dancers are not getting the opportunity to work in films, so if I come to know that the producer’s association has decided to increase payment of dancers — whether its Rs 4,500 or Rs 5,000 or Rs 6000 — I will pay the dancers according to the will of producer of the film,” said Acharya.

He added: “Some dance coordinators threaten choreographers that we should only work with them, and when I became general secretary (of the association), we had passed a resolution that we will not work with those dance coordinators, because it is our call with whom we want to work. Choreographers such as Remo D’Souza, Ceaser, Bosco, Vaibhavi Merchant, Farah Khan and Geeta Kapoor signed on the resolution. If they want to sort this matters legally, then we are ready to do that, but we are not going to listen to them if they continue harassing us like this.”

anesh Acharya also slammed the media saying that they have maligned his image without knowing his side of story.

Cartoon persona masks made for kids in Sirohi