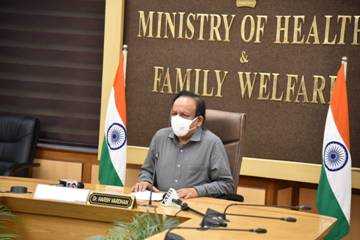 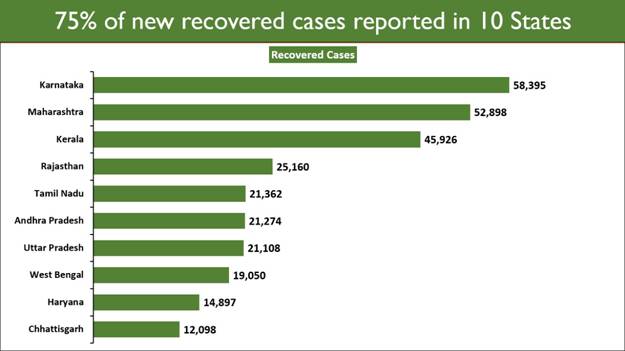 On the other front, India’s total Active Caseload has decreased to 32,26,719today.

It now comprises 12.66% of the country’s total Positive Cases. 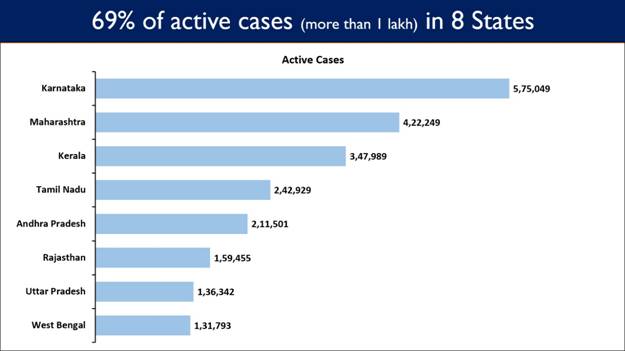 The graph below highlights the trajectory of active cases in the last one month. 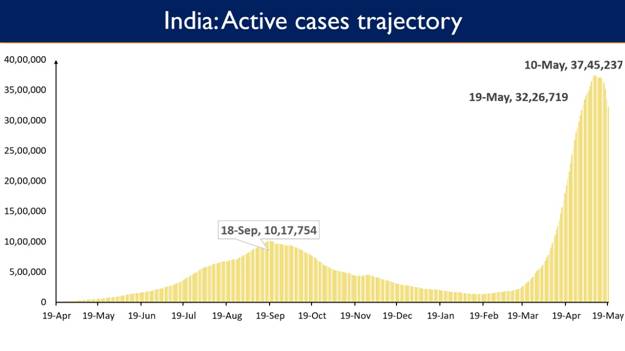 More than 20 Lakh tests were conducted in the last 24 hours (the highest ever conducted in a single day in India), while the daily positivity rate has declined to 13.31%.

20.08 lakh tests conducted in the last 24 hours in the country is also a global record.