Home / HEADLINES / INDIA / Cop’s daughter appeal to public – Dont attack those who are protecting you!

Cop’s daughter appeal to public – Dont attack those who are protecting you! 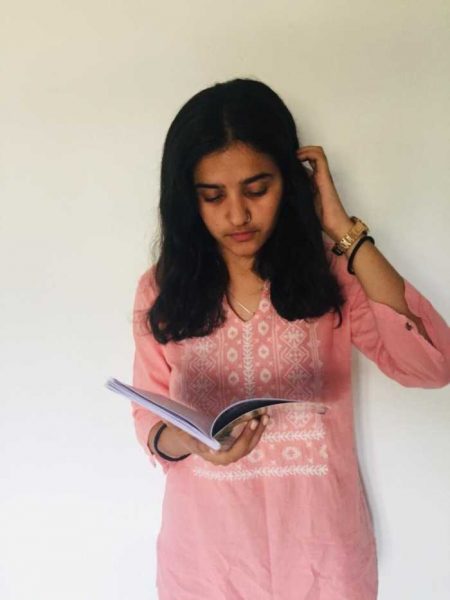 Udaipur : Disturbed by the nation wide incidents of mob attacking the cops and medical teams in the wake of COVID-19 outburst, an 18 year old girl has taken to social media to appeal to people not to misbehave with them. Kritika Singh, a first year student of BA.LLB ( Five year integrated course) at the Mohanlal Sukhadia University’s Law college has written an emotional note on the occasion of Rajasthan Police Day, requesting people to respect the policemen. Kritika’s father Harendra Singh Souda is a circle inspector, posted presently as  Nimbahera’s Kotwali police station in Chittorgarh district while his family is spending the lockdown days in their ancestral house in a village in Banswara.
Kritika who aims to join the armed forces one day, writes ” They are the backbone of their families as well as of our nation. Today is a day dedicated in their name and we must all respect them not only today but everyday. Low-key, I feel the service given by this department during this crisis is less appreciated and more criticized which any police officer of this nation does not deserve”. She further writes, ” Every day is a scary with increasing risk outside but people who are helping and putting all the efforts to maintain social distancing by risking themselves DO NOT DESERVE to get hurt by the same crowd they’re trying to protect”. Kritika who is receiving a training in shooting, wrote “Some people may think I am supporting the police because my father is a cop.  To be honest I would respect any department who is working hard during this tough time for people who aren’t capable to understand the importance of staying home.
I sometimes pity the civilians because my dad is walking on the streets asking them to stay home which is not very tough. Are people so uneducated? Or the medical or police department is dumb trying to do something about this pandemic and trying to reduce its effect” . Speaking to Udaipur Kiran Kritika said on most of her birthdays or on family events, her father would have been away and she had always craved for his presence on such occasions.
Please share this news
Raj Police Day 2020-04-16
chundawat
Share