Class 12 girl jumps to death from sixth floor in Udaipur 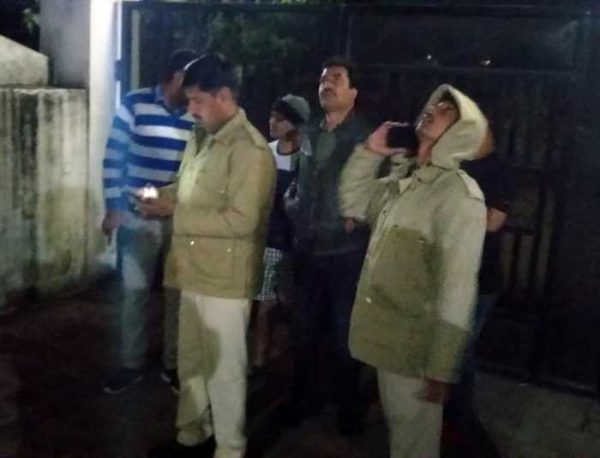 Udaipur : A 16-year old girl allegedly jumped to death from the terrace of her apartment in Sukher area of the city on Thursday evening. The girl Shodashi Patel daughter of Milind Patel was a student of DPS school here who was also enrolled in a coaching institute in Kota for medical entrance. She had come home few days back for some examination, her mother told the police.

According to sources, Shodashi’s father is a businessman living in Africa while her mother Meenakshi is a chef in one of the hotels in Udaipur. Her mother lives in one of the flats on the first floor in Dhirendra apartment in Sukher while Shodashi lived in Kota. She came home some days ago and had given practical exams, sources said. On Thursday she told her mother that she was going for a walk and went to the terrace of the building on the sixth floor and allegedly jumped off. People who heard the loud noise found her lying dead in a pool of blood.

DP Dadich, circle inspector Sukher police station who rushed to the spot spoke to her mother who is in a state of shock after the incident. ” It appears to be a case of suicide. The deceased’s mother told us that the girl was under stress for some days due to studies. The body has been shifted to mortuary and the autopsy would be held after her father reach here” the officer told media. The family originally hails from Gujarat and had shifted to Udaipur some 15 years ago.